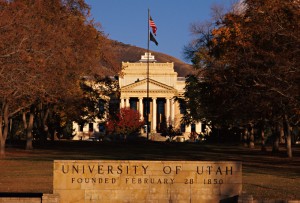 That’s significant because the UW — the largest research university in the state — just hired former University of Utah president Michael Young as president.

The University of Utah spun off 18 startup companies between July 2009 and June 2010, ahead of schools such as MIT, Johns Hopkins and Purdue. Brigham Young University, which is also based in Utah, finished third with 13 startups.

What’s impressive about the University of Utah’s accomplishment is that it outpaced even MIT, doing so with one-third of the budget of the well regarded research institution.

Utah spent $450 million on research in 2010, compared to $1.4 billion at MIT. It also spent far less than the UW, which had $887 million in research expenditures. (See chart below).

And it is not just money where the UW leads. According to the report, the UW outpaced Utah in invention disclosures, patents issued, license income and nearly every other category.

So the question is: Why aren’t more raw startups coming out of the University of Washington? And what is Utah doing right?

Overall, the AUTM report found that 651 startup companies were formed from research at universities across the country during 2010, up 11 percent. The number of licenses executed remained flat, but total research spending was up 10 percent and federal expenditures increased by 17 percent over 2009 levels.

Since 1970, Utah has spun out more than 200 startups based on university research. More than half of those were founded in the past six years, following a restructuring of the university’s tech transfer offerings through the creation of the Technology Venture Development office. During his tenure at the University of Utah, Young made commercialization efforts a top priority.

The University of Washington has been going through a similar transformation under the direction of Linden Rhoads and others, rebranding the tech transfer department as the  Center for Commercialization last year.

Now, with Young at the helm of the UW, it will be interesting to see if the Huskies will get more competitive in the startup game.

Here’s a look at how UW compares to the University of Utah. Click on image for full size: