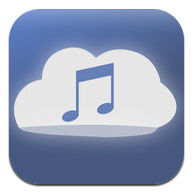 Seattle developer Phil Kast was rock climbing in Eldorado Canyon near Boulder two months ago when he slipped off a ledge, falling 15 feet and breaking his tibia.

But while the broken shinbone set Kast back — and made life tough in terms of walking and getting on the bus — it also allowed him to focus on a new iPhone app called Tunebox which is launching today.

“Being broken definitely helped me not get distracted by playing outside, but this is pretty much exactly what I want to be doing with my time,” said Kast, who left his full-time job at Urbanspoon earlier this year to focus on new independent software projects.

Tunebox is the first of those efforts. The $1.99 iPhone app allows users of Dropbox to access music files via the online storage service, no matter where they wander. It also allows user to fast-forward or rewind songs, and listen to full albums while viewing cover art. 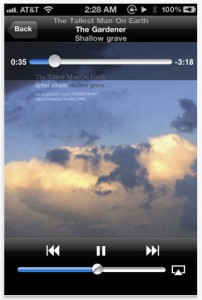 “I came up with the idea when I realized I was already using my Dropbox account to move music around,” Kast tells GeekWire. “Buy an album at work, send it home, that kind of thing. I saw big companies launching music locker services and I thought, why not just organize the music I’ve already got in the cloud, and play from there instead?”

“(The Dropbox app) can only queue up one song at a time, you have to browse folder by folder to the song you want, it doesn’t show cover art and can’t show you artist/album or any other track info,” said Kast. “Music just isn’t the focus of their app.”

Other mobile music companies are attempting to achieve what Tunebox does, but Kast said he’s been unimpressed with most efforts. “I don’t think the direct competition is very developed,” he said.

Kast is hoping to emulate some of the features in iTunes Match, the $25 per year online music service from Apple.

“I’ve worked really hard to come close to the level of polish it’s going to have, and the barrier to getting started will be a lot lower — cheaper, quicker, less committing,” Kast said. “The way things are going, in a couple years most people will either be using a subscription service like Spotify or Rdio, or a cloud/music locker service like iTunes Match, Google Music, or Amazon Music. I’m a tiny player surrounded by huge companies, but my hope is that Dropbox +Tunebox will become a popular option in that second category.”