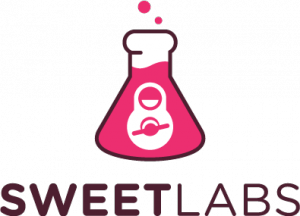 We’ve been writing a lot about California tech juggernauts establishing operations in Seattle, from Facebook to Salesforce.com to Zynga. But it is not just the big dogs salivating over Seattle’s technical talent.

The office is pretty small right now, with just four employees. But Tom Huntington, vice president of marketing at SweetLabs, tells GeekWire that some of the new cash will be used to bolster the team in Seattle.

“We will definitely be using the new funds to expand, focusing on highly technical engineering positions,” he said.

It is unclear why SweetLabs chose Seattle for the new operation, and Huntington wasn’t immediately available for a follow-up email or discussion about the decision.

Prior to co-founding SweetLabs, Chweh served as vice president of engineering for ZenGarden/Stage6.com. That was a spin-out of DivX, a San Diego company that previously employed Chweh and other members of the founding team at SweetLabs.

Chweh shares a bit more in his bio on the SweetLabs’ Web site:

“Having worked up and down the food chain at a number of previous companies, I was tagged to drive the development team and be the resident curmudgeon. I have a love hate relationship with Agile development practices, have been known to fall asleep with my face planted in a budget spreadsheet, and have promised my wife that she’ll still get lots of “quality time” while we make this thing grow. I’m hoping she’ll forgive me eventually. A sign of that growth is that I am in Seattle managing SweetLabs’ technical office in Seattle, Washington.”

SweetLabs is a developer-centric company, originally starting with a software recommendation service called The OpenCandy Software Network. This past summer the company unveiled Pokki, which it describes as a platform that “enables web developers to create awesome, connected desktop applications using standard web languages like HTML 5.”

UPDATE: In a follow-up, Chweh said that the company will have at least 14 new openings in Seattle in the next 12 months. They opened their Seattle office at First Avenue and Lenora earlier this summer, picking Seattle because for a multitude of reasons including “better coffee,” “cleaner air” and the “right kinda people.”

They considered Silicon Valley but Chweh said it poses an extremely difficult recruiting challenge, saying it is kind of like “being a side of beef in a river full of piranha.”
“You look around at the tech community here and you realize.. what you need is here.. what you want is here.. and man this is one hell of a city,” Chweh said.