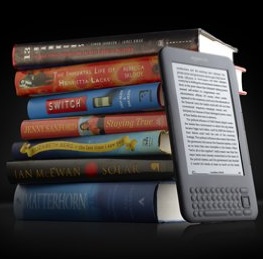 I confess, I’ve never read an “e-book.” But, it turns out, I very well be in a shrinking class. According to the Association of American Publishers, digital titles accounted for $90.3 million in sales during February. That was up 202 percent over February of last year. Furthermore, the report found that e-books now rank as the number one format among all trade categories, including adult hardcovers and paperbacks.

“The February results reflect two core facts: people love books and publishers actively serve readers wherever they are,” said Tom Allen, President and Chief Executive Officer of AAP. “The public is embracing the breadth and variety of reading choices available to them. They have made e-Books permanent additions to their lifestyle while maintaining interest in print format books.”

That’s good news for makers of devices such as the Nook, Kindle and iPad. E-book sales surged in part because customers loaded up on new titles following the holidays when many digital reading devices were handed out as gifts.

Amazon.com, the market leader when it comes to e-books, said last year that its digital book sales had surpassed hardcover copies of books.