A mysterious company by the name of Traffic Information LLC has sued Seattle area startups Redfin and Glympse — as well as a number of technology companies and financial institutions — over a patent titled “System for Providing Traffic Information.”

Traffic Information LLC says it owns patent No. 6,464,862 and that the companies named in the suit are infringing upon it.

Few details are provided in the suit on how the companies are allegedly violating the patent, and an attorney for Traffic Information LLC could not be reached today by GeekWire.

“Traffic has been irreparably damaged to an extent not yet determined and will continue to be irreparably damaged by such acts in the future unless each defendant is enjoined by this court from committing further acts of infringement,” the suit says. 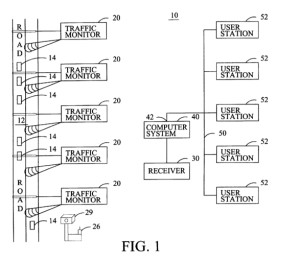 Traffic Information says it has no parent corporation and no publicly-traded company owns 10 percent or more of its stock.

Very little is known about the company, but a Bloomberg story from 2009 indicated that Traffic Information LLC had sued more than a dozen companies related to its patents. Past defendants have included Mazda, Volvo, Sony, Best Buy and T-Mobile USA.

An abstract describes the patent as a “system for providing traffic information to a plurality of mobile users connected to a network.”

The suit was filed in the Eastern District Court of Texas, which happens to be the jurisdiction of a lengthy expose on the patent system by This American Life.

Here’s a copy of the lawsuit:

Here’s a copy of the patent filing: Patent filing related to Redfin and others –