Whether or not the Kindle Fire ultimately succeeds as a low-priced alternative to Apple’s iPad, 2011 will be remembered as a year when Amazon.com founder Jeff Bezos tried, once again, to change how we think about a market we thought we knew. 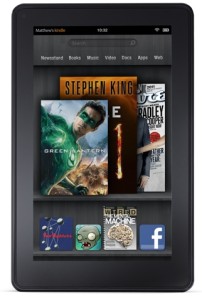 That willingness to make risky bets has earned Bezos a spot on GeekWire’s 2011 Newsmakers of the Year — which we’ll be introducing every weekday throughout the month in preparation for the GeekWire Gala on Dec. 8, where we’re inviting everyone to join us to celebrate the past year.

Amazon’s new Kindle Fire tablet, released this week, won’t blow users away with a slick industrial design or a high-performance processor. Instead, it’s a utilitarian device, designed to serve as a portal to videos, books and Amazon’s other online services — where Bezos & Co. are hoping to eventually make up the money they’re losing on the $199 hardware.

Bezos described the company’s mindset in June of this year.