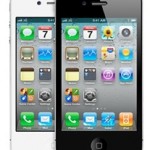 Sprint is planning to offer unlimited data plans for the iPhone 5 when the device debuts on the wireless carrier’s network next month. Bloomberg News, citing unnamed sources familiar with the plans, reports that Sprint would be the only U.S. carrier to offer Apple’s popular smartphone with unlimited data. Is that enough for you to switch from AT&T and Verizon?

Last night’s massive outage of Hotmail and Office 365 — which sparked outrage on GeekWire — is likely to raise questions “about the reliability of cloud computing versus local storage,” reports the BBC.

Meanwhile, in a post today, Google explains what happened with its Google Docs outage on Wednesday, noting that it was “not our best week.”

Amazon is well positioned to take on Apple’s iPad in the tablet market, according to J.P. Morgan analyst Mark Moskowitz. He writes that “the brand name, content and distribution capabilities of Amazon pose risks to Apple’s dominance of the market.” Forrester analyst Sarah Rotman Epps made some similar remarks about the tablet market last month.

Apple makes the best smartphones, Nokia makes the worst, according to the latest survey from J.D. Power & Associates. 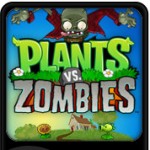 BilltoMobile — a provider of mobile payment technology — has secured a relationship with T-Mobile USA. TechCrunch reports that the company is “the first and only mobile payments platform to have direct carrier connections with all of the top four major U.S. mobile carriers.”

OVP’s Gerry Langeler and several other venture capitalists reflect on the impact of the September 11th tragedy on business.

Friday time waster from Conan. A hilarious spoof on the lengths Apple will go to get its iPhone 5 back, and yes, it includes some interesting tortue techniques.

Headline of the day comes via GigaOm: “Not dead yet, Symbian getting Microsoft Office apps”