Doxo has inked a deal with Sound Community Bank, allowing customers of the bank to get all bills and communications in their “digital file cabinet.” The Seattle company, backed by Jeff Bezos and Mohr Davidow Ventures and led by former Qpass executive Steve Shivers, is allowing companies to remove paper billing for customers.

G2 Web Services, a Bellevue company which describes itself as a leader in merchant compliance monitoring and e-commerce risk management services, has received an undisclosed investment from Primus Capital. The company is led by Kevin Omiliak who said the deal will help it expand internationally. 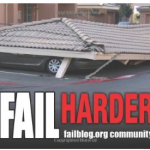 Cheezburger, known for its loveable cat photos, continues to expand into book publishing with the release of its latest title: “Fail Harder: Ridiculous Illustrations of Epic Fails.” The book includes 200 ” full-color epic fails from around the world.

Marchex said today that it is bolstering its call advertising services through a deal with City Grid Media, including properties such as Citysearch, Urbanspoon and Insider Pages. As part of the deal, CityGrid will place call-based advertisements from Marchex in its network in order to connect consumers with businesses.

Amazon is bolstering its social media efforts after partially missing “one of the hottest technology trends of recent years,” reports Reuters.

Microsoft survey tries to answer the question: How to inspire more kids to pursue math, engineering and science? Results of the survey here.

Now, that Carol Bartz is gone from Yahoo, could the Silicon Valley titan once again be in play for an acquisition? Maybe, but don’t look for Microsoft to come bidding, according to The Wall Street Journal. Shira Ovide writes that Microsoft “was pleased as punch that it didn’t buy Yahoo at the price it was offering” back in 2008 and notes that the software giant now is “getting the milk without buying the cow” given the Web search deal the two companies struck after the acquisition fell apart.

Seattle-based Apptio — led by entrepreneur Sunny Gupta — has been chosen by the editors of VentureWire as one of the FASTech 50 most innovative technology startups. Others on the list  include Flipboard, Zendesk and Yammer.

Wired takes a close look at why Amazon.com is pursuing a tablet computer. “Now that Amazon controls the end-to-end relationship between suppliers of goods stacked in its warehouses and consumers of those goods using its devices, Amazon’s next opportunity is to eliminate anyone who stands as a bottleneck between the two,” writes Tim Carmody.

Headline of the day comes via Kara Swisher at All Things D: “Give Me Back My Baby: Michael Arrington Trying to Buy Back TechCrunch From AOL — But Would AOL Sell It?”