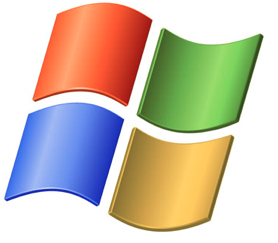 Microsoft’s “I’m a PC” campaign was originally launched as a counterpoint to Apple, embracing the phrase from the Mac maker’s commercials as a point of pride for Windows PC users. Subsequent installments challenged Macs on points including price.

Tonight, the Redmond company is launching a new consumer Windows ad campaign, but with a different target — previous versions of its own product. The ads aim to convince people that the old PCs they consider “good enough” are really no match for the snazziest new Windows 7 machines.

The new spots, described by the company as the latest evolution of the “I’m a PC” campaign, will start airing tonight on networks including ABC, CBS and NBC. They revive the company’s previous approach of using real people and surprise twists at the end. Here’s how the company describes the ads.

The ads feature real couples who thought their old (4+ years) PC was “good enough” being surprised to find a Personal PC store built out in their homes.  One half of the couple was in on the plan to surprise the other.  The couple even received a new PC of their choosing at the end of the experience. The couples, when face-to-face with the breadth of PCs available, are happy to discover the unparalleled variety of features, power, eye-popping colors, textures and designs of Windows PCs. Through the ads you will see each family discover the wide variety of style and software benefits that a new Windows 7 PC can bring to their everyday life.

The campaign comes amid sluggish PC sales worldwide. Consumer netbook sales were down 40 percent in the first quarter, a sign of Apple’s iPad biting into the market for low-priced Windows PCs. Apple, meanwhile, reported a 28 percent increase in Mac sales for the quarter.

Videos of the ads aren’t yet available online, but we’ll plan on posting when they’re available.

Update: Here’s the video of the first ad.