At Startup Weekend in Seattle earlier this month, Seattle artist and designer Kyle Kesterson and crew wowed the crowd with their new game for Kinect, Android and iOS called In Digestion in which players assume the character of a giant tapeworm by the name of Marvin.

Now, Kesterson is hoping that the tapeworm will get him to Singapore. A Startup Weekend veteran who made a name for himself as the creative force behind Giant Thinkwell, Kesterson is Seattle’s official entrant for the Global Startup Battle. 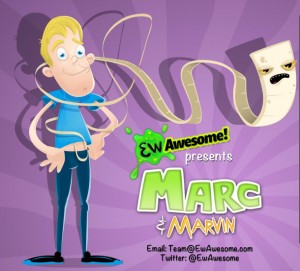 The competition pits winning teams from four dozen cities across the global in what amounts to a startup version of Fight Club.

The winning team, chosen by members of the community through online voting, gets a table at the Startup Pavillion at Demo Asia in Singapore in February 2012; a table at the Launch Pad conference in San Francisco; 40 hours of design work; public relations assistance; and $5,000 in legal consultation from Cooley Godward.

“If we can go and pitch in both San Francisco and Singapore, who knows what opportunities lie ahead,” Kesterson told GeekWire.

Meanwhile, here’s Kesterson’s video pitch, which includes a cameo by none other than Seattle rapper Sir Mix-A-Lot. You can see all of the entries, and place your vote here.