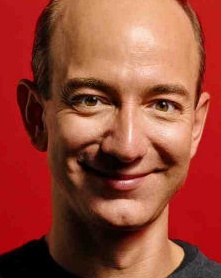 We’ve talked before about how Amazon.com founder Jeff Bezos is not afraid to be misunderstood for long periods of time. And, perhaps, nothing showcases the Seattle billionaire’s iconoclastic spirit more than his latest project: Funding the construction of a $42 million clock in the Texas mountains.

We wrote about the project last week, but Wired has a fascinating in-depth story on the people behind clock. We also learn for the first time just how much Bezos is fronting for the 10,000 Year Clock, a mind-blowing $42 million.

That’s just 0.3 percent of Bezos’ net worth, but Wired correctly points out that it is still a lot of cash.

It may seem downright weird to create a clock where the second hand moves every year and the century hand moves every 100 years, especially in light of other Seattle area billionaires who are giving portions of their fortunes to fight disease (Bill Gates) or study brain science (Paul Allen).

Wired’s Dylan Tweney asks the obvious question to Bezos: Why bankroll a clock that runs for 10,000 years when there are so many pressing problems facing society today?

“If you think something is important, and you think nobody else is going to do it, then it’s a useful thing to do,” Bezos tells Wired.  He also notes that humans are a “short-sighted species” and the clock is a way to highlight the importance of long-term thinking.

It’s a monumental undertaking that Bezos and the crew of people designing and building the clock repeatedly compare to the Egyptian pyramids. And as with the pharaohs, it takes a certain amount of ego — even hubris — to consider building such a monument. But it’s also an unparalleled engineering problem, challenging its makers to think about how to keep a machine intact, operational and accurate over a time span longer than most human-made objects have even existed.

Unlike Gates or Allen, both of whom grew up in Seattle, Bezos is not quite as well known here. Wired’s profile offers some interesting insights into the mind of the entrepreneur.

You can read the full story, and see some of the photos of the people who are building the clock, here.