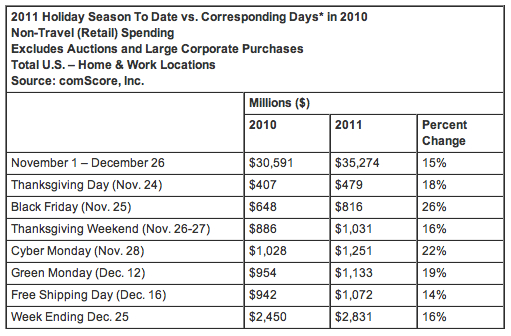 Online retailers raked in some big bucks this holiday season, with comScore today releasing a report showing that e-commerce spending hit $35.3 billion for the first 56 days of November and December. That’s a 15 percent increase over the holiday shopping season last year, and it marks the biggest tally ever.

“We can now say with certainty that the $1.25 billion spent on Cyber Monday will rank it as the heaviest online spending day of the season for the second consecutive year, but we should also note that it was accompanied by nine other billion dollar spending days this year,” said comScore chairman Gian Fulgoni.

Here’s a look at the comScore chart of online sales so far this holiday season. (There remains one week left). 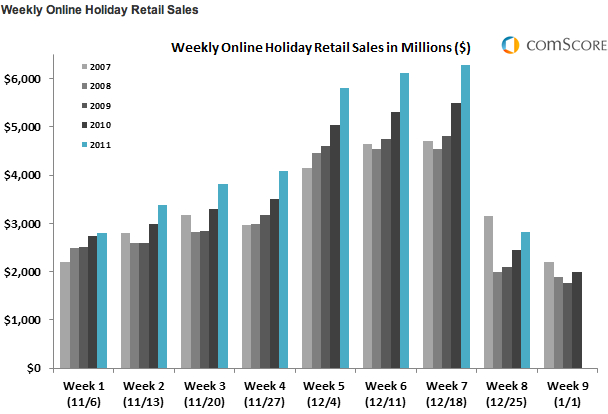