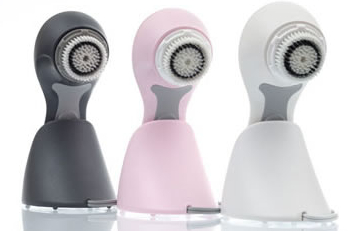 David Giuliani already struck gold once with the sale of electronic toothbrush maker SoniCare. Now, the Seattle entrepreneur appears to have done it again with Pacific Bioscience Laboratories — a maker of the skin-cleansing Clarisonic device.

Today, cosmetics giant L’Oréal USA announced that it has entered into an agreement to buy Giuliani’s Pacific Bioscience Labs today. Terms weren’t disclosed, but we’re hearing it was a good outcome for early investors in the company.

Founded in 2001, the Clarisonic device was released in 2004. The device uses is sonically oscillating brushes to remove dry skin, dirt and cosmetics from the skin. It is distributed through dermatologists and cosmetic surgeons, spas, retail outlets and TV infomercials.

Based in Redmond, the company employs 300 people. It had sales of $105 million last year.

“L’Oréal brings powerful marketing, distribution, and R&D synergy to the Clarisonic agenda,” said Giuliani in a statement. “L’Oréal shares our vision for ingenuity and dedication to quality. Combining forces, we’re confident Clarisonic will rapidly achieve its global mission, to provide the power to change the future of your skin.”

Frédéric Rozé, President and CEO of L’Oréal USA, called the deal “a strategic acquisition for L’Oréal.” The company said it plans to keep the Clarisonic brand and the Redmond operations, with Rozé noting that they will develop the Redmond operation into a “center of innovation” for the company.