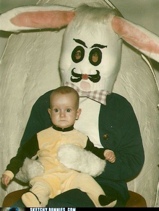 So, just how exactly is Cheezburger Network going to use a portion of the $30 million that just arrived from the VCs? Of course, the Seattle comedy network continues to push the envelope with a new cast of oddball Web sites.

Cheezburger purchased the Web site Sketchy Santas last August, and the company plans to use that as the backbone of the new holiday-themed empire that it is building.

Before you laugh too hard, there’s a real business concept behind holiday-oriented content. (Santas, Easter Bunnies and maybe even a little green Leprechaun for tomorrow).

After all, Americans spend plenty of cash around holidays. And if people are checking into the new rotating holiday theme at Cheezburger, then there’s the potential for advertising dollars to be had.

Cheezburger founder Ben Huh shares some of those concepts in a video interview with Mashable, which got the scoop from the Internet entrepreneur at SXSW.

Mashable recently got the inside scoop on the site, interviewing Cheezburger founder Ben Huh at SXSW.