It’s been five months since Seattle mobile software startup Cequint got gobbled up for as much as $112.5 million by Transaction Network Services. And while that might be the end of the road for some startups, Cequint CEO Rick Hennessey believes it is just the beginning. Cequint, the developer of mobile caller ID products, is planning to add as many as 30 employees this year to its staff of 75 as it rolls out new products like Name ID.

“The hardest part of our business now is just hiring really good human beings,” said Hennessey, a startup vet who previously co-founded mobile companies such as Over-the-Air Wireless and Syndeo.

In order to accommodate the growth, the company recently expanded its operations in the Waterfront Building in downtown Seattle. That happens to be the same office space previously occupied by Entellium, whose co-founder cooked the books in one of the more high-profile fraud cases in the Seattle startup community.

“We walked around with a bunch of burning sage before we moved in,” joked Hennessey, adding that Entellium left a bunch of high-end Herman Miller furniture that Cequint was able to use. 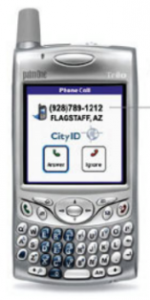 The acquisition by Reston, Virginia-based TNS — which also has a large presence in Olympia — was structured with an upfront payment of $50 million in stock and cash. The remaining $62.5 million will be delivered if certain milestones are met, with Hennessey saying that Cequint is on track to hit those milestones. To date, more than one million customers have paid $1.99 per month for the City ID product.

What’s up next for Cequint?

The company is working with several unnamed carriers on the roll out of Name ID, a product that displays names of individuals on incoming phone calls. Hennessey declined to disclose the pricing of that product, which is set to debut in the second half of this year.

“We are under NDA with the carriers, so we are not able to talk about those features yet,” he said.

Founded in 2004, Cequint raised $8.6 million from investors such as iSherpa, Benaroya Capital and others.