The bindle was a small knapsack stereotypically carried by hobos in the early part of 20th century. Now, a Bellevue startup is taking its name from that bit of American folklore, with founder Lori Salow Marshall saying that Byndl is developing a new way to bundle together your digital life.

“It is a way of thinking about all of the things that matter to me, and having one way of managing them and interfacing with them,” said Salow Marshall, who previously worked at Datacastle.

Formed in late August, Byndl is a joint venture with an Estonian mobile parking payments company by the name of Now Innovations. As developers of the technology, Now Innovations owns 49 percent of Byndl.

But Byndl is looking to take the technology well beyond mobile payments for parking, with potential applications at airports, sports stadiums and retail stores. 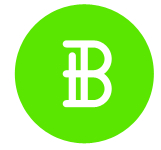 The company is currently raising $1.5 million, and just pulled in $100,000 of that round. Seattle wireless entrepreneur Vern Fotheringham sits on the company’s board. Advisors include Steve Elefant, the former chief information officer at Heartland Payment Systems, and Charles Schott, a former Hearst and Intellectual Ventures’ executive who served as deputy assistant secretary to the treasury and worker in the U.S. Department of Commerce in the late 1980s.

The idea behind Byndl is to provide mobile transaction services such as payments, coupons, parking, permits and ticketing. The goal is to do that from any device, and by using any payment method.

“We are completely device independent. We can use NFC, QR codes, RFID, SMS, IVR. We can take a payment, or take an interaction, from any communication method that’s available by a mobile phone,” said Salow Marshall.

She added that the 7-person company can take any payment method on the back end and can be integrated into existing payment environments, making it easier for companies to plug-in to their own systems.

Byndl is focusing its mobile transaction services on businesses, focusing on ways that employees can access buildings or parking. But it goes further than that, allowing employees to pay for lunch on a corporate campus or check out a projector for a presentation.