The folks over at Startup Weekend continue to pull in key partnerships as they look to spread the gospel of entrepreneurship throughout the world. After recently inking deals with the Kauffman Foundation and the Bill & Melinda Gates Foundation, Google today announced that it was entering into a two-year sponsorship arrangement with the Seattle-based non-profit.

“This partnership will help Startup Weekend expand to dozens of additional cities around the world and launch new vertical competitions focused on specific themes such as education, health or gaming,” Google’s Mary Himinkool wrote in a blog post announcing the deal.

Google also said that it will be rallying its developer community in the form of Google Technology User Groups as an additional resource to Startup Weekend participants. 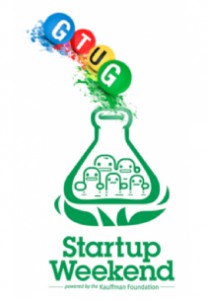 The exact terms of the deal weren’t disclosed, but Startup Weekend’s Joey Pomerenke tells TechCrunch that it involves a “significant amount of capital.”

We have an email into the folks at Startup Weekend, and we’ll update as we learn more. The Marc Nager-led organization hosts 54-hour coding marathons around the globe, and has branched into sub-topics in recent months such as the launch of the Startup Weekend EDU series in Seattle, Washington D.C. and Silicon Valley.

The organization also is experimenting with a new program in Seattle called SW Next which gets recent attendees together for longer periods to bake out their ideas.