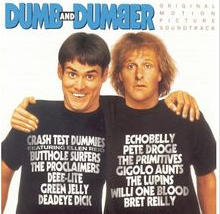 For whatever reason, the tech industry just loves April Fool’s Day. Big companies, small companies and everyone in between likes to get in on the action — playing a game of one-upsmanship to see who can devise the most outlandish stunt.

For journalists like us, the day can be semi-humorous but also painful as we try to sort fiction from fact. (I’ve already sent one email to a company asking if their PR release is a joke, probably not the first time today). We expect this year will be even worse — in part because April Fool’s Day falls on a Friday, but also because of how social media has helped jokes spread so quickly.

Anyway, without further ado, here are some of the jokes we’ve discovered so far. Let us know if you find other doozies throughout the day, and we’ll either list them here or post them in the comments. There’s also this directory of April Fool’s jokes over the years, and you can follow the non-stop action on Twitter #AprilFools. TechCrunch also is keeping a list.

Seattle startup Avvo has had fun with the day in the past, previously launching an online dating service for lawyers. The online review site for professionals is back again this year with this doozie:

The Avvo Plastic Surgery Rewards Card is the only card that gives you points towards a free Botox, liposuction, or breast augmentation procedure. The card works just like an airline miles card, except that instead of free travel, you redeem your points for free plastic surgery. 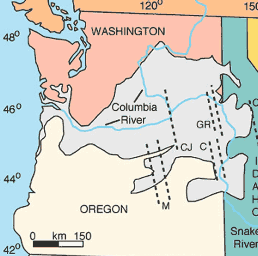 King 5 gets in on the action — publishing a piece by a reader — with a joke about Microsoft co-founder Paul Allen:

Today Paul Allen of Microsoft fame, in cooperation with the Northwest Economic Council (NEC), announced a plan to reroute the Columbia River in order to boost the economy of the Pacific Northwest. The plan would create a 65-mile canal stretching from Longview to Olympia thereby allowing the Columbia River to pour into the Puget Sound.

Tom Helford, a civil engineer and project manager in the Army Corps of Engineers, said that the project “will not be that difficult.” Helford claimed channeling the Columbia’s natural volume would do most of the work. “Every second, 265,000 cubic feet per second flow through the mouth of the Columbia. If channeled properly, the equivalent of three Olympic size swimming pools per second can carve a new river system into the Puget Sound using the same process that created the Columbia River Basin thousands of years ago.”

Seattle’s Big Fish Games jumped on the tablet computer craze by saying that it was building the PlayWrite, the world’s first $9.99 tablet computer designed for today’s on-the-go gamer.

Google has long played tricks on April Fool’s Day. And this year is no different with Gmail Motion:

…Inspired by your ideas on MyStarbucksIdea.com we’re proud to introduce the exciting new Starbucks Mobile Pour service that puts baristas on scooters. In seven of the largest cities around the country, we’re sending out two scooter baristas per every square mile to ensure speedy service. We’ve even made ordering easy with our Mobile Pour app for your smartphone. Simply download it, allow it to pinpoint your location, select your coffee order and keep walking. Your fresh, hot Starbucks brew will be in your hands before you can say abra-arabica.

GameTruck Seattle, the video game truck, has come up with a new floating concept for April.

For the month of April, we improved GameTruck and renamed it GameDuck. Using WaterCar technology, our truck can now cross Lake Washington on the water. This will help us to keep our prices down serving the Seattle market. We will save both ways on the soon-to-be-paying 520 bridge and we will pass these savings along to you. After April Fool’s Day, we may revert exclusively back to land-based transportation options.

Seattle puzzle master Roy Leban has some fun, putting together this puzzle on Puzzazz.

Now, when you think of Groupon Presents April Fools’ Day™ (the holiday’s officially sanctioned title), you’ll think of Groupon—because you and your favorite corporate entities are barred from creating or participating in any April 1 prank without the express written consent of Groupon. Groupon’s acquisition of the previously unprofitable April Fools’ Day™ gives consumers more choices and better options. You’ll never again be confused by other corporations’ April 1 pranks, since Groupon will be taking friendly, but swift, but hostile, legal actions against any nonlicensed April Fools’ Day™ joke.

YouTube’s look back at the top five viral videos from 1911 is pretty clever, even with an indirect nod to Seattle-based Cheezburger’s FailBlog.