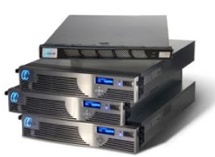 Holy, Toledo. That was my reaction after reading a report in The Register that Apple has agreed to buy as much as 12 petabytes of storage from Isilon Systems, the Seattle company that was gobbled up by EMC late last year. Now, what in the world would Apple need with all of that storage capacity?

Well, there’s certainly been a lot of speculation that the maker of the iPhone and iPad was planning to offer a digital locker service, similar to the Cloud Drive offering that Amazon.com announced last week.Having a lot of digital storage on hand to manage video and audio files might help form the backbone of that kind of service, but that’s just speculation.

We’ve got a call into Isilon to confirm the deal, and we’ll update the post if we hear more.

StorageNewsletter.com, which broke the news, concludes that Apple’s purchase would make the company the largest of Isilon’s 1,500 customers. Citing an inside source, StorageNewsletter reports that the digital storage will be used for video downloads in iTunes.

Too bad Isilon didn’t have the deal inked before its $2.25 billion sale to EMC, as Apple’s involvement may have actually boosted the valuation even higher.

But Isilon co-founder Sujal Patel and Madrona’s Matt McIlwain — who was just named to Forbes’ Midas List largely on the success of the Isilon deal — are still pretty happy guys, I am sure.