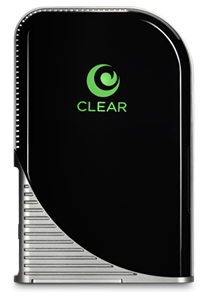 Clearwire’s stock took a beating last week after Sprint announced an aggressive new 4G network expansion plan that appeared to bypass its long-time partner. As a result, the stock sunk more than 30 percent.

Today, McAdams Wright Ragen analyst Sid Parakh said that Sprint’s decision to builds its own LTE network “spells trouble for Clearwire” since the company is so reliant on the wireless carrier for wholesale subscribers.

“While Sprint and Clearwire remain in discussions, Sprint’s decision to deploy its own LTE network raises doubts about the potential for any substantial future agreement between the two companies,” Parakh wrote.

Clearwire made early bets on a competing technology to LTE known as WiMax. And while Clearwire has said that it plans to build a new LTE network of its own, it needs financing in order to do so.

“We think Sprint’s decision will make it harder for Clearwire to raise the necessary capital to upgrade to LTE and support its operations,” said Parakh. “Clearwire has previously stated that it needs ~$600 million to upgrade 2/3rd of its network to LTE and another $150 to $300 million to sustain its WiMax operations. As of June, Clearwire had over $4 billion in debt and just over $850 million in cash on hand.”

Shares of Clearwire are continuing to fall, off more than four percent in trading this morning. The company now has a market value of $1.2 billion.

“As the largest wholesaler of 4G capacity, with unmatched spectrum, Clearwire is uniquely positioned to offer capacity to Sprint, and other carriers, particularly in urban areas where demand is high and their 4G spectrum will be inadequate,” the company wrote. “Sprint remains dependent on Clearwire for 4G and nothing about today’s announcement changes that.”

But Parakh seems to disagree with that assessment, noting that the Sprint deal is a “clear negative” for Clearwire and that the market for the company’s spectrum assets are limited.