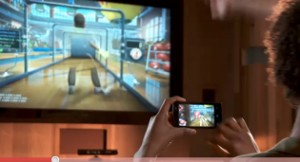 Microsoft will take the wraps off the next version of Windows Phone, code-named “Mango,” during a special event in New York City on Tuesday morning. CEO Steve Ballmer offered a teaser over the weekend at a Microsoft conference in Japan, saying the upgrade will add more than 500 new features — a much bigger number than various leaks would have suggested.

That means we’ll soon be hit with a flood of information about Windows Phone. One area we’ll be watching, as a litmus test: How well has Microsoft improved the integration of Xbox Live since the original Windows Phone release?

The ability to take advantage of Xbox Live and the Xbox 360 has always been a potential secret weapon for Microsoft in the mobile business. The initial integration felt very much like a first step, bringing the Xbox Live brand, avatars, scores and other basic features to Microsoft’s mobile platform, but stopping well short of what the technology could allow.

In March, the company showed a video depicting Windows Phone as an alternative controller/input for the Xbox 360, in conjunction with the Kinect motion controller. The video was described at the time as a technology preview, with no timeframe for release.

Game-related leaks about Mango have been cryptic, including a new automatic sync setting. Whether it’s this or something else, it will be interesting to see if Microsoft can show something tomorrow on the level of the integration shown in that March video.

One way or another, Microsoft needs to do something big with the “Mango” release. The latest numbers from the Gartner research firm show a mere 1.6 million Windows Phones selling to end users in the first quarter — fewer even than the 2 million units registered by Windows Mobile, its predecessor, in the same time frame. That compared with nearly 17 million iPhones, more than 27 million Symbian smartphones, and 36 million Android smartphones in the same period.