An innovation that revolutionizes your life is the dream of every entrepreneur. But that dream may die hard if you don’t have the right expectations. What sort of expectations should you have? Well, you can start with these eleven:

Obviously the very first thing you need to do for your company is figure out how you are going to make money. Advertising or direct monetization through licensing or subscription are the typical business models.

But what’s not so obvious is that making the right decision about the business model is critical if you want to create sustainable adoption for your product. Let’s look at apps to show you what I mean.

Unless you have purchases inside the app, you can only make money on the initial purchase of a paid app. If you give the app away for free, you can install advertisements, which are constantly shown every time a user engages your app. The startup FreeTheApps generates $800,000 in ad revenue every year by placing ads into their apps.

Which model will work best? Here are three more to think about:

Without the right business model you will not generate enough money to continue innovation once it’s started.

2. Innovations will run their course

Companies that gain leads because of innovation typically are out front for no longer than a decade for two reasons:

In some businesses that innovation can be copied almost overnight. For example, Foursquare owns the badge brand, but that innovation will eventually run its course. As you probably noticed just about every game now uses badges. It’s a powerful incentive, but soon that incentive will be watered down and not very effective.

Think ahead to the next innovation. Don’t rest on your past achievements.

If you think about most new technologies that change the way we live and work you’ll notice they usually come from left field. When these products are first introduced people scratch their heads.

Just about everybody’s first reaction to Twitter was, “This looks stupid. Why would anyone care what somebody is doing right now?” Eventually they’d come around and create an account even though they still didn’t get it. It wasn’t until after a few weeks or months of using it did people “get it.”

The same with Qoura, a site that allows you to ask a question like Yahoo Answers, but unlike Yahoo Answers, it’s usually high-quality content by people who are either professional or amateur experts in a certain field, making the answers more valuable.

Don’t be afraid to consider non-conventional ways to innovate. Those are the best sources for revolutionary ideas.

4. Innovations can be derivatives

Twitter and Qoura are not revolutionary innovations, but revolutionary improvements on old models. Twitter is microblogging, which just took blogging and set a 140 character limit on your posts. Qoura is like a forum, but correcting some of the problems with that model.

Another innovation that was a derivative was Google’s PageRank, which was just a new twist on search, improving how it was done.

To create a derivative innovation, simply look at an existing product and ask yourself “How can I make this better?”

Derivatives are not the strongest innovations that a company could create, but it’s possible to start with a derivative innovation and build it into a revolutionary one.

5. Innovation is driven by creative destruction

Don’t be afraid of competition within your own company to outdo your best product. Like I mentioned above, an innovation will eventually run its course and you need to be prepared for the next product to take its place. Creative destruction will help you do that. 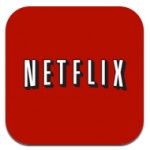 Creative destruction is simply a concept of figuring out how to make your last product obsolete by making the in-house product that will beat it. This is a very forward-thinking concept because you have to accept the fact that your product will eventually fade, which can kill a company that doesn’t innovate.

What are you doing to avoid that fate? You should be doing some creative destruction if you want to remain competitive.

Netflix started out by renting DVD movies through the mail. Why didn’t they call it in Mailflix? It looked into the future and figured that it was just a matter of time before movies were streamed online. And it wasn’t until nearly a decade after its founding that movies started to stream online and gain popularity.

Interestingly enough it was Netflix who was actually encouraging people to watch movies online, meaning they were cutting into their discs by mail revenue. Now that’s creative destruction.

Some people will tell you that true innovation isn’t centrally planned. However, I think they are wrong because you can build a culture in your company that makes innovation an important characteristic.

What people mean when they say innovation isn’t centrally planned is that you can’t say from the top we are going to innovate in this particular way, and then get the job done. As you’ve seen, innovation isn’t planned and usually comes about in surprising ways.

Typically, innovation starts with a simple idea. From there you just start working on that. You don’t have it spec’d out, but you begin to test ideas on people and the innovation occurs as you toy with that original idea.

7. Innovation does not listen to the customer 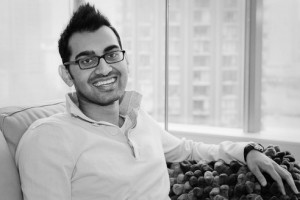 It’s important that you get feedback from customers on a product, but in the early stages when you’re trying to innovate, do not ask customers what they want. They’ll ask for better, faster and cheaper, which is nothing more than the same old thing, except with a 10 or 15 percent improvement.

That’s not innovation. That’s not even a derivative of an old idea.

Revolutionary change occurs when you create something that breaks with the past and creates a whole new curve in how we live and do things.

True innovation in the printing business didn’t come about by new fonts for daisy wheel printers, but when a company created a whole new curve with laser printing. The same when someone created the refrigerator, a superior product over ice harvesting.

This is kind of what happened with the personal computer, too. The large mainframes was how everyone in the business thought about computers, so naturally nobody even thought they could be in everyone’s home. That changed when the personal computing curve was created, which happened because someone did not listen to the customer.

But keep in mind that innovation of running a company and managing people should not be neglected at the expense of product innovation. Jim Collins said, “Boeing jets, 3M Post-It notes, Federal Express, universal telephone service, the Sony Walkman, the HP 200LX pocket computer—none of those would have been possible without human organization and continual innovation in the practice of management.”

Because you are not listening to the customer and people are scratching their heads at your ideas, it helps if you are an ego-maniac.

Startups have no shortage of egomaniacs who believe their product will change the world. If that’s you, understand, mixed with a little humility, that kind of confidence is important because you will be fought, ignored and called crazy.

Then you must be able to tell the customer that they need your product. They won’t believe you at first, but your persistence will eventually win them over. That’s hard to do if you don’t have a dictator-like confidence.

In the past ten to fifteen year, information software has been pretty much made free. It started with the open source movement, where everyone is sharing information and products in the hopes that it will become the best through collective work.

That meant that you could have free software that would normally have cost you tens of thousands of dollars. After that the open cloud movement eliminated another huge expense, namely servers.

Rovio—the makers of Angry Birds—is a good example of a company that innovated cheap. It’s paid off for them because they may go public in 2012, being worth about $1 billion.

Startups need a lot of momentum to innovate and succeed, so hiring the right people is very important. Eric Paley suggests you hire a core team of A players and then surround them with B players. There is little room for C players.

When looking for A players, look for ones who’ve worked for startups before. They will need even less training and can usually hit the ground running.

Innovation might take years to develop. Or it could happen overnight.

Facebook started in 2004 and it’s now a multi-billion dollar company. Apple, on the other hand, was created in a garage in 1980s, going through many ups and downs, until it took off in 2000 with the iPod. You could buy Apple stock for less than $40 during that time.

Besides, first generation products aren’t usually the best. You will continue to innovate your product as you perfect it.

You can help that process along by engaging in what Anita Campbell calls hack-a-thons, ”a slightly different take on Google’s famous ‘20 percent’ culture, where employees are urged to spend 20 percent of their time working on projects that aren’t related to their current duties and may possibly never have real-world applications.”

Innovation that truly revolutionizes your life might seem impossible, but it can happen when you start putting all the things I mentioned above together. If you reach for the stars, you will at least hit the moon, which is much more than most people are striving for.

What other things should entrepreneurs know about innovation?