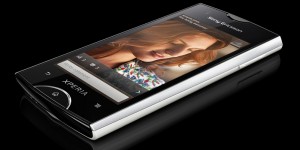 The transaction comes 10 years after Sony and Ericsson formed the joint venture.

As part of the deal, Sony is paying Ericsson roughly $1.3 billion in cash for its 50 percent stake.  The business will become a wholly-owned subsidiary of Sony.

“This acquisition makes sense for Sony and Ericsson, and it will make the difference for consumers, who want to connect with content wherever they are, whenever they want. With a vibrant smartphone business and by gaining access to important strategic IP, notably a broad cross-license agreement, our four- screen strategy is in place. We can more rapidly and more widely offer consumers smartphones, laptops, tablets and televisions that seamlessly connect with one another and open up new worlds of online entertainment. This includes Sony’s own acclaimed network services, like the PlayStation Network and Sony Entertainment Network.”

The deal follows Google’s planned $12.5 billion buyout of Motorola, and comes on the heels of Microsoft’s integration with Nokia. It is expected to close next year.

Based in London, Sony Ericsson employs 7,500 people. It posted revenue of $8.8 billion last year, but has struggled to keep up with the iPhone and its overall market share has dropped to just under two percent of the cell phone market (in part because it got out of the feature phone business).

The company has bet big on Google’s Android operating system, with its devices now making up about 11 percent of the Android market. In an interview with The Wall Street Journal earlier this month, Sony Ericsson CEO Bert Nordberg said that the company was slow to react to the iPhone. And he indicated a curiosity about Windows Phone.

“At this point I wouldn’t feel comfortable investing in a platform that isn’t as good as the one that we currently use,” he told the Journal. “Therefore we have remained with Android, but I am quite curious about Windows Phone.”