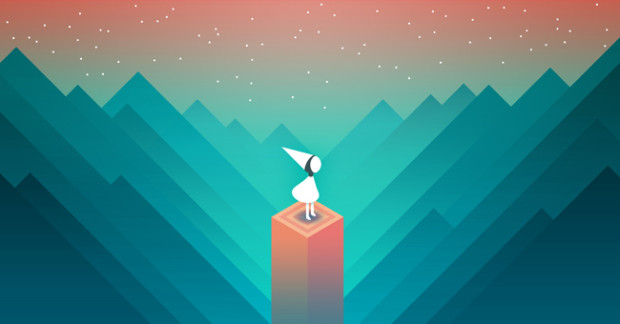 Monument Valley is one of those games that’s deceptively simple; a puzzle game with M.C. Escher‘s physics. You may have seen it as Apple’s 2014 Game of the Year, or featured on House of Cards, but if you’ve held off on buying it, you can remedy that now for just 99 cents.

Apple is running a 50 percent-off-or-more sale on a bunch of great games, including Grand Theft Auto: San Andreas, Infinity Blade III and Final Fantasy VI. But Monument Valley is far and away the best game available (and it’s 75-percent off the regular $3.99 price).

In the game, you lead a princess through little floating worlds, turning walkways, stairways and even whole buildings to gain new perspectives and connect pathways.

Unlike many puzzle games, the story here is almost as good as the mechanics. It’s not an obvious story told in cutscenes and dialogue, but in the details surrounding the puzzles. The music is also excellent, so be sure to plug in some headphones when you’re playing.

The only downside to this deal is that it doesn’t apply to the in-app purchase of the sort-of sequel, Forgotten Shores. That’s still $1.99, but we’ll see if you can hold out after beating the first part. Ustwo’s Monument Valley is a universal app on the App Store (playing it on the iPad is a real joy), and it’s also available for Android, Kindle Fire and Windows Phone, albeit without the discount.