Could Microsoft’s renaissance give Facebook a blueprint for its own?

That’s one of the questions I asked veteran tech journalist Steven Levy, editor-at-large for Wired magazine, during our conversation about his new book, “Facebook: The Inside Story,” during a University Bookstore event in Seattle this week.

The question isn’t entirely out of left field. Microsoft has quietly played an instrumental role in Facebook’s evolution, almost from its beginning.

For example, as Levy documents in the book, Facebook CEO Mark Zuckerberg was inspired by Bill Gates’ example to drop out of Harvard and work on Facebook full time. A key group of former Microsoft engineers was pivotal in Facebook’s early development. Microsoft was an investor in Facebook before the social network’s initial public offering, and Bill and Melinda Gates served as a model for Mark Zuckerberg and his wife Priscilla Chan in launching the Chan Zuckerberg Initiative.

In an interview with Levy for the book, Gates acknowledged the parallels with Zuckerberg, to an extent. “Mark never wrote as much code as I did — that’s the most important thing. Put that in your book!” the Microsoft co-founder said. Gates was “joking but maybe not joking,” Levy wrote.

Before rejoining the ranks of the world’s most valuable companies, Microsoft endured its own dark years, as much of the world questioned the impact of its dominance, similar to the questions Facebook is facing now. And for each company, the reputation of its founder “went from boy wonder to digital malefactor,” as Levy put it this week.

With privacy scandals, political pitfalls and antitrust challenges punishing Facebook’s reputation, “I think they would like to be in that position to make that transition from a company that was reviled” to one that is held in higher regard, he said. 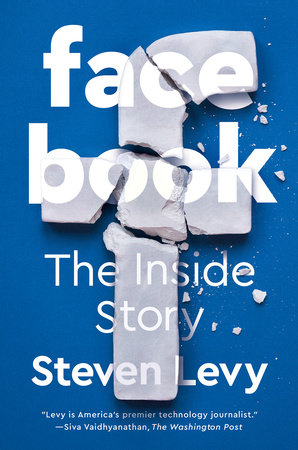 But there are some big differences. For one, Facebook has yet to experience the lasting slump that Microsoft did on Wall Street. And the founder remains firmly in control as CEO. One key to Microsoft’s resurgence was the elevation of Satya Nadella to CEO, ushering in a new era after the departure of Gates’ successor and longtime colleague Steve Ballmer.

“I don’t think that’s something that Mark would endorse,” Levy said during our conversation. “Two words I’ve never heard at Facebook are succession plan.”

That’s one of many topics we discussed at the event Monday evening in Seattle. You can hear the entire conversation in this special episode of the GeekWire Podcast, including the behind-the-scenes story of how Levy got his hands on a copy of Zuckerberg’s lost notebook pages; the internal politics and key decisions that put Facebook on its current path; the Facebook CEO’s reaction to the book; and the key role of Facebook’s Oculus Research group in the Seattle area.

Listen to the podcast above or subscribe to GeekWire in your favorite podcast app. Listen to the end for a chance to win a signed copy of Facebook: The Inside Story.