— Technology Policy Adviser Kate Garman will be leaving the City of Seattle and moving to Washington, D.C., she told friends and colleagues in an email today.

Garman arrived in 2017 from the City of Kansas City, Mo. for what was then the newly created Smart City Program.

In a 2018 interview with GeekWire, Garman described the challenges facing municipal governments, especially as they try to implement new technologies.

“The private sector has pushed cities in a lot of ways,” she said, citing Uber and Lyft as examples. Garman will be joining CityFi, a smart city and urban change consultancy, as a senior associate.

— Nzinga Shaw, the Atlanta Hawks and NBA’s first-ever chief and inclusion officer, is resigning to join Starbucks. As the global chief inclusion and diversity officer for the coffee giant, Shaw will continue the work that she told the Atlanta Business Chronicle is her “life’s passion.”

The role at Starbucks opened up in early 2019, after previous global leader Sara Bowen left to become vice president of global diversity and inclusion at Boeing. On May 29, 2018, Starbucks closed 8,000 U.S. stores and corporate offices for racial bias training after the controversial arrest of two black men at a Philadelphia Starbucks store.

“Danielle is now moving into the true second in command role at Blueprint which is very much just a recognition of how she has always conducted herself,” said Blueprint President Ryan Neal, in a statement. “She’s the true embodiment of our core values, beliefs and mantras.”

— Amit Mital, CEO and founder of Seattle startup studio Kernel Labs, has been named a strategic adviser to eSentire, working with the Canadian security 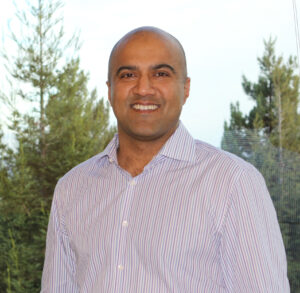 company’s product and technology teams. Mital spent 20 years at Microsoft before joining Symantec as chief technology officer. He now serves as a board member, investor and adviser for a number of technology companies in Seattle and Silicon Valley, in addition to running Kernel Labs.

—Business texting tech company Zipwhip hired Nimrod Vered as its senior vice president of engineering and promoted James Lapic to chief technology officer. Zipwhip is currently ranked #26 on the GeekWire 200, our ranking of the top privately held tech companies, and recently opened a new HQ near the Seattle waterfront.

Vered was previously vice president of engineering at VoloMetrix, a startup focused on employee efficiency. It was acquired in 2015 by Microsoft, where Vered continued to lead the development of workplace analytics.

Lapic has been with Zipwhip since 2011 with various roles in operations and technology. Both appointments tie into Zipwhip’s ongoing growth, fueled by a $51.5 million Series D funding round in at the beginning of 2019.

“Restructuring the engineering organization is part of our meaningful investment to strengthen and scale our technical infrastructure,” said John Lauer, CEO and co-founder of Zipwhip. “This structure will allow James and his team to adequately prioritize our larger market strategies, while Nimrod and his team increase our engineering throughput and build products our customers will love. We’re thrilled to have technical leaders of their caliber on our executive team.”

—Seattle-based startup Xemelgo announced Jack Domme and Frederick Huntsberry as new additions to the company’s board of directors. Like Xemelgo’s founders, Domme is a former Hitachi executive who will advise the Xemelgo team on its vision and strategy. Huntsberry, with previous experience leading operations at Paramount Pictures and GE, will advise on business operations.

Xemelgo applies cloud and IoT technology to manufacturing. The startup won the top prize at the 2019 Seattle Angel Conference and has raised more than $700,000 in seed funding. Domme and Huntsberry are among the investors.