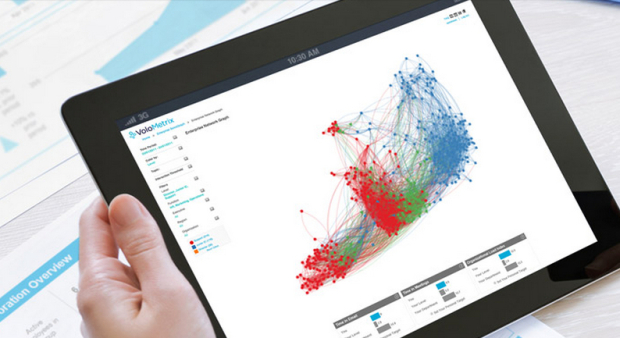 Microsoft announced on Thursday it has acquired VoloMetrix, a Seattle startup that offers a new way for large corporations to quantify employee efficiency.

According to a blog post, Microsoft plans to incorporate the startup’s technology into its new Delve Organizational Analytics platform, which will launch in preview form next month and with general availability by the end of the year. The tool will have a dashboard that lets companies dive into Office 365 data to identify workforce trends, like engagement and work-life balance issues.

Terms of the deal were not disclosed, but a source tells GeekWire that the acquisition price topped $100 million.

VoloMetrix was a pioneer in this kind of “people analytics” tracking. The company was founded in 2011 with similar tool to what Microsoft is building now. It anonymously gathers data on what employees are doing, using things like emails and calendars to chart interactions and diagnose inefficiencies in large organizations.

VoloMetrix founder and CEO Ryan Fuller wrote in his own blog post that it has been fun watching the technology gain traction with “dozens of Global 2000 companies,” but now that it’s part of Microsoft “it will only get better from here.”

“Microsoft has a huge vision to reinvent productivity and a set of assets in Office 365 that are fundamental to how work gets done,” he wrote. “By joining them we will be able to continue to pursue our shared mission and have impact at a staggering global scale.”

He added that VoloMetrix customers can expect more announcements in the coming months about new functionality coming to their service. That customer list includes large corporations like Symantec and Seagate, according to past reports.

VoloMetrix raised its most recent round of funding in October last year, bringing its total financing to $17 million from investors including Split Rock Partners and Shasta Ventures. The company had 20 employees when it raised that round, with plans to grow to 60 this year.

Fuller told GeekWire back then while the startup was growing quickly, it was still all built on the idea that its software could deliver unprecedented insight into corporate workforces.

“What’s changed is our ability to articulate and deliver that vision in a compelling way, our level of credibility as we’ve worked with major Fortune 500 customers to prove our approach with hundreds of thousands of their employees, and the talent level and expertise of our team,” he noted last year.