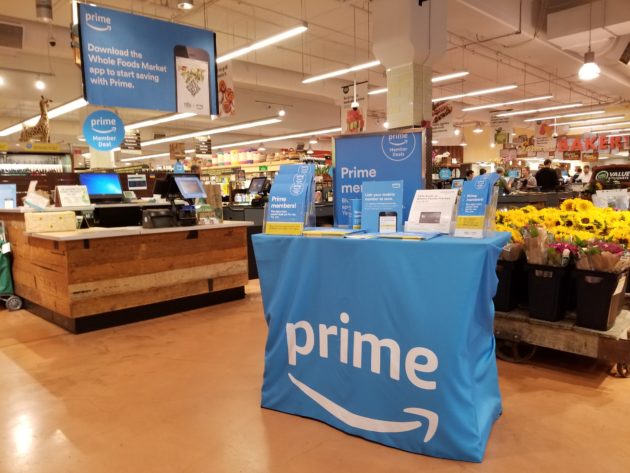 Amazon’s Whole Foods is reportedly considering taking over vacant stores left behind by spiraling department stores that struggled to keep up in the new era of e-commerce.

Yahoo Finance reports that Amazon is eyeing stores that used to be Kmart or Sears locations for new Whole Foods stores. This report follows rumblings that a significant expansion for Whole Foods is on the way.

The report cites anonymous sources and does not indicate that leases of former department stores are imminent. But the report says the company is looking, giving an example of Whole Foods personnel visiting a site in Utah that used to be a Kmart store but is now vacant.

Whole Foods did not immediately respond to a request for comment.

This wouldn’t be the first time Amazon took over a department store that pulled back. One of Amazon’s largest Seattle offices used to be part of the downtown Macy’s store before it downsized.

Whole Foods has more than 475 stores across the nation, mostly in coastal markets. GeekWire analyzed Amazon’s brick-and-mortar footprint, and while it is growing, it still pales in comparison to most other big retailers.