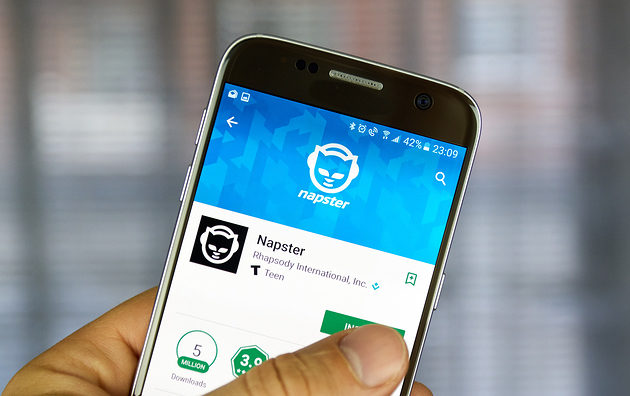 RealNetworks doubled its stake in Rhapsody International, which owns music streaming service Napster, from 42 to 84 percent. RealNetworks will pay $1 million up front in a deal that could be worth up to $40 million. Rhapsody will continue to operate independently.

If that sounds like digital music déjà vu, that’s because it is.

Nine years ago, RealNetworks spun off streaming music pioneer Rhapsody International as a private company. Rhapsody then acquired Napster from Best Buy a year later, in 2011, and ultimately took on the Napster brand across the company. It may be a household name, but Napster never became Spotify. RealNetworks has yet to report an annual net profit on the investment.

“We are very pleased to have deepened our partnership with Napster. Under Bill Patrizio’s leadership, Napster has delivered five consecutive quarters of positive operating income and generated over $14 million in operating income in the first three quarters of 2018,” Rob Glaser, CEO of RealNetworks and chairman of Napster, said in a statement. Operating income excludes certain costs like taxes and interest expenses, as well as income from investments.

Glaser credited Napster’s recent success to a shift toward selling the “powered by Napster” streaming platform as a service to other companies as well as consumers. Last month, it partnered with Sony to bring a streaming music service called mora qualitas to Japan.

RealNetworks doesn’t include subscriber figures in its reporting, but some analysts estimate that Napster has one-twentieth the subscribers that Spotify has.

RealNetworks bought the new chunk of Napster from Rhapsody Applebee, which is managed by Columbus Nova Technology Partners (CNTP). Here are the details of the deal:

In exchange for all of the CNTP-managed equity, debt, and other interests in Napster, RealNetworks has committed to pay $1 million cash up front and an additional $14 million over time subject to certain conditions, with additional consideration depending on subsequent events, for a total of up to $40 million. The entity managed by CNTP would receive the full $40 million in the case of a sale or similar liquidity event within the next five years where total equity value of the 42% equity interest acquired would exceed $60 million.