Facebook unveiled its new blockchain-based digital currency network Libra on Tuesday, drawing a swift response from European regulators, skepticism from critics wary of the social media giant’s clout, and awestruck enthusiasm from startup entrepreneurs who believe the move will help validate the larger world of blockchain and cryptocurrency.

“The potential is huge,” said Rahul Sood, CEO of Seattle-based esports cryptocurrency betting startup Unikrn, responding to an inquiry from GeekWire. “It takes power away from traditional banking and governments, and gives power to the people. It took less than five hours for European governments and central banks to start freaking out about Libra and how it cannot and should not be allowed to happen. Crazy.”

Arry Yu, chair of the Washington Technology Industry Association’s Cascadia Blockchain Council, said that Facebook is enabling the “gateway” to cryptocurrency for the masses, given its billions of users.

“I also believe strongly that Facebook will help force regulators globally to normalize policies and regulations, which will help take crypto to the next level even further, if done right,” Yu said. “We have so much opportunity going forward if innovators work with government.”

Facebook’s ambitious plan has the support of Visa, Uber, Andreessen Horowitz, and other industry leaders. Libra will launch in 2020 and allow people to make purchases using Facebook’s new Calibra wallet or via its Messenger and WhatsApp platforms. Calibra is also the name of Facebook’s new subsidiary company responsible for its crypto-related projects.

“From the beginning, Calibra will let you send Libra to almost anyone with a smartphone, as easily and instantly as you might send a text message and at low to no cost,” Facebook wrote in a blog post. “And, in time, we hope to offer additional services for people and businesses, like paying bills with the push of a button, buying a cup of coffee with the scan of a code or riding your local public transit without needing to carry cash or a metro pass.”

Facebook set up The Libra Association, an independent nonprofit organization made up of groups including the ones named above that will help govern the currency and have reportedly invested $10 million each into Libra.

The company published a white paper that has more details about Libra. TechCrunch also has a good run-down of the new project, as does NYMag and The Information. 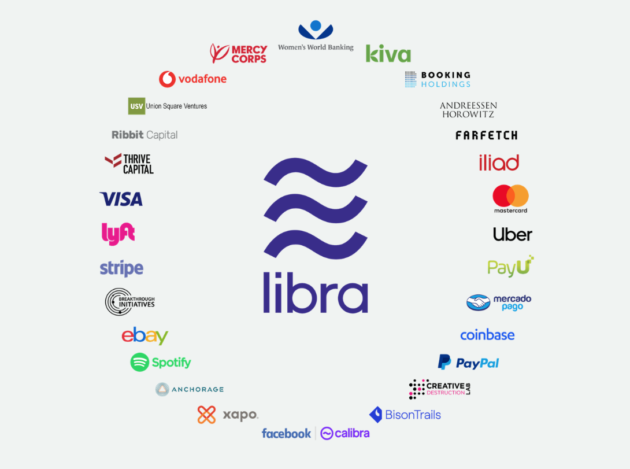 “The centralized banking component is huge, as it improves ease of use and consumer protections,” Proudman said. “As a payment coin targeting Facebook’s 2.5+ billion users, it has the potential to introduce a huge new population to the cryptocurrency ecosystem. This is both a stamp of validation and an indication of broad consumer acceptance.”

Others were more wary. Stephen Walli, a longtime open-source developer and tech leader in the Seattle area, was among those who tied the news to Facebook’s privacy controversies.

Facebook Unveils Libra, Cryptocurrency Rival to Bitcoin – WSJ (This will work out well. Rapacious greed unregulated, from the company that’s synonymous with user data abuse and a absolute lack of respect for privacy.) https://t.co/GDoJ7HJV54

Unikrn CEO Sood said that Libra is “really good for crypto” and validates what he and other entrepreneurs have been working on for the last few years. He pointed out that Libra gives access to banking to those who don’t currently have it.

Sood added that Facebook’s decision to do a security token offering validates the future of digital securities. He also said Libra will bring “massive value” to bitcoin. “Once the Libra starts trading, people will be able to swap over to bitcoin for a store of value, and back to Libra,” Sood said.