The world of cryptocurrency looks a lot like the wild west right now. In just the past week, Google announced that it would ban all cryptocurrency-related advertising, following in Facebook’s footsteps. That came a few days after news surfaced of cryptocurrency scammers who made off with more than $2 million. Meanwhile, the value of the world’s digital coins fell by $60 billion — in one day.

Despite all the instability, some investors like what they see with Strix Leviathan, a new Seattle startup led by Blue Box founder Jesse Proudman.

Strix Leviathan has created a cryptocurrency trading and management service for enterprises and institutions. Unlike traditional currency markets, cryptocurrency exchanges are “very immature,” said Proudman, who sold Blue Box to IBM in 2016 and recently quit his job at the tech giant to take another startup plunge.

Proudman said $15-to-$20 billion in cryptocurrency value is moved through exchanges on a given day — there are more than 1,500 cryptocurrencies issued, he noted — but there lacks robust infrastructure to place trades. 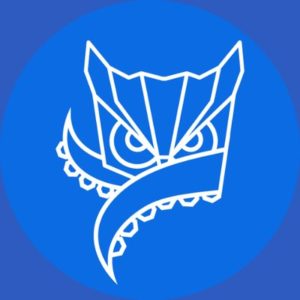 “A single cryptocurrency is listed on tons of exchanges,” Proudman said. “The challenge is providing a traditional trader a mechanism to trade that same unit across all exchanges efficiently.”

Strix Leviathan has one beta user and is in conversations with four other companies. The 9-person startup expects to release its product to the general public by September.

“We’re building picks and shovels, tools for this space, versus a platform or protocol or token,” Proudman said. “We are starting to see some level of fatigue in the investor community in those platform, protocol, or token pitches. But there is still a ton of opportunity for companies building those picks and shovels types of technology in this space.”

The company’s name is an ode to the mythological creatures of Strix, the owl that in the words of the startup is “always watching and always listening,” and Leviathan, the sea monster with “eight legs, a big brain.”

Proudman expects the cryptocurrency regulatory environment to crystalize in 2018.

Proudman called it the “second inning in this space.” Both he and his investors believe they’re on the cusp of a step function change in how technology and financial markets can operate.

We’re building picks and shovels, tools for this space, versus a platform or protocol or token.

“I’ve seen the birth of PCs, the internet and mobile,” Joe Montana, managing director at Liquid 2 Ventures, said in a statement. “It’s early, but I think crypto may be the next revolution. Unfortunately, it’s also full of scams. Right now the key is to find the right team that is doing something new and to trust them. We’ve known Jesse for years. He’s proven himself to be trustworthy and adaptive in fast paced markets. Strix should be huge.”

Proudman is well known in Seattle startup circles. After selling cloud computing company Blue Box to IBM, he served as a distinguished engineer at the tech giant. He’s also the past winner of the Young Entrepreneur of the Year, and Deal of the Year Award at the GeekWire Awards.

“…About eight months ago I found myself captivated by the opportunity to build the tools enterprises need to interact more efficiently with existing exchanges,” Proudman wrote in a blog post. “It reminds me of Blue Box, where we found value less in the cloud computing technology we’d developed, and more in the deployment and management of the technology enterprises needed to successfully utilize the cloud.”

Proudman is bullish about Seattle as a cryptocurrency innovation hub. Just last month, Reflective Venture Partners and blockchain company RChain Cooperative launched a new Seattle-based venture fund looking to invest a cryptocurrency equivalent of more than $190 million in blockchain apps and startups. Proudman pointed to cryptocurrency-focused accelerator and meetups in the area.

“Seattle is poised to be a preeminent location for this technology in the country,” he said.

As for Google’s big decision to ban cryptocurrency-related advertising, Proudman said “it’s unfortunate and short sighted that Google has cast such a wide net in its goal of consumer protection.”

“It’s such a reactionary measure that you have to think maybe they’re doing this short term until they get a better handle on how to appropriately screen content before placement,” he added. “While this ban doesn’t impact us as we’re focused on institutional and enterprise customers, nor will the ban prevent legitimate search engine results from appearing, it will make the process of digital marketing for legitimate offerings in this space more difficult.”

Cryptocurrency remains a hot — yet relatively misunderstood — area of the startup world. According to PitchBook, 179 venture capital investors in the U.S. participated in at least one crypto startup deal in the past two years.