New funding: Seattle startup KitoTech Medical raised $1.5 million as part of a convertible note round to fund the development of its microMend wound closure device, which was made from technology originally developed at the University of Washington.

The startup says that microMend can heal wounds up to three times faster than those closed with traditional sutures. MicroMend is currently on the market and being sold, while also undergoing clinical trials. 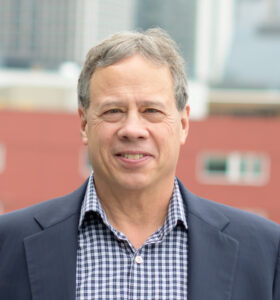 The main problem with surgical sutures is that only a skilled professional can apply them. “Anybody can put this on,” KitoTech CEO Ron Berenson said of the microMend, which is applied over a cut like a traditional butterfly bandage.

How does it work? Tiny staples poke into the skin on either side of the wound, holding the skin together with tension from a small spring. The startup says the device is painless to apply and can be removed by patients.

KitoTech is also developing more products such as wound dressings and artificial skin. Berenson also thinks the microstaple technology can be used to attach objects like colostomy bags, surgical drains, and glucose monitors to the skin.

Investors: Berenson declined to name the company’s investors. The company previously completed a $3 million Series A round, and Berenson hinted that a Series B round may not be far off. Edward Truitt, CEO of Lubris BioPharma, is on the startup’s board of directors.

Leadership: KitoTech was founded by Berenson and former UW professor Marco Rolandi in 2012 when Berenson was an entrepreneur in residence at the university. Berenson is a long-time Seattle-area entrepreneur who helped to build biotech companies CellPro and Xcyte Therapies.

What’s next? The fresh cash will be used for commercialization efforts, growing the sales team and creating new products. The startup also plans to expand into the European market. KitoTech has six employees and is based out of Seattle’s South Lake Union neighborhood.

Editor’s Note: This article was corrected on Nov. 24 to note KitoTech’s prior Series A funding round and clarify that microMend is currently on the market.