It was another exciting geek festival at the 8th annual GeekWire Bash, presented by First Tech Federal Credit Union. Nearly 2,000 people joined us in Seattle for a giant giant geek party that included everything from foosball to tabletop games to zipline rides to virtual reality laser tag — with a ton of networking, eating, drinking, and fun in between. 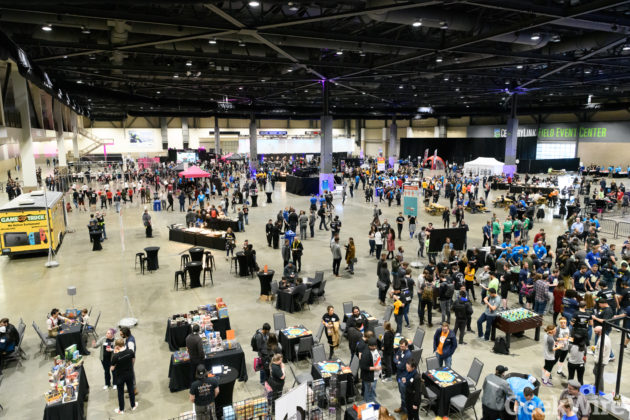 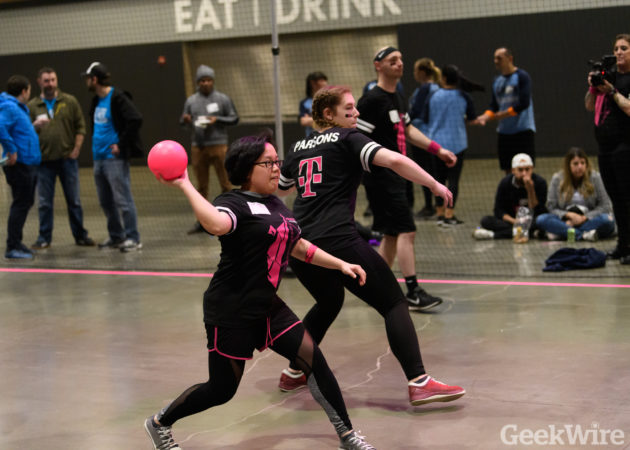 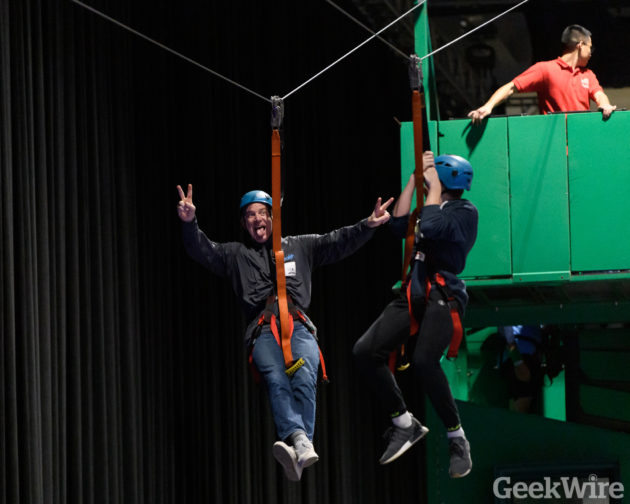 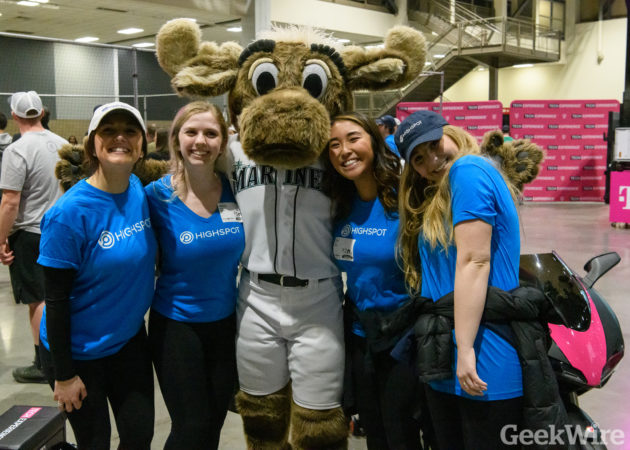 When @kexp's @DJMorganSeattle plays your company's theme song at #gwbash… you dance!

For the first time ever, the GeekWire Bash was open to geeks of all ages. Our new Junior Geek Zone featured the inaugural GeekWire Robotics Cup and other activities that let growing geeks participate in engaging games and learn about STEM subjects. More than 200 kids from across Washington state participated in the Robotics Cup — read a recap of the competition here.

The LEGO Lassies had an over-the-top fun night at #GWBash. We met some amazing teams and were privileged to bring home the Robotics Cup Championship and fun prizes. Thank you @GeekWire and @FIRST_WA. VERY COOL TROPHY! pic.twitter.com/3ClobtdcxM

This year’s tournament winners beat out some serious competition and walked away with geeky trophies as newly-crowned GeekWire Bash champs. Colliers International ousted Zillow Group in dodgeball; familiar faces met again in ping pong; and new champs were crowned at the foosball and Catan tables. See the full results here. 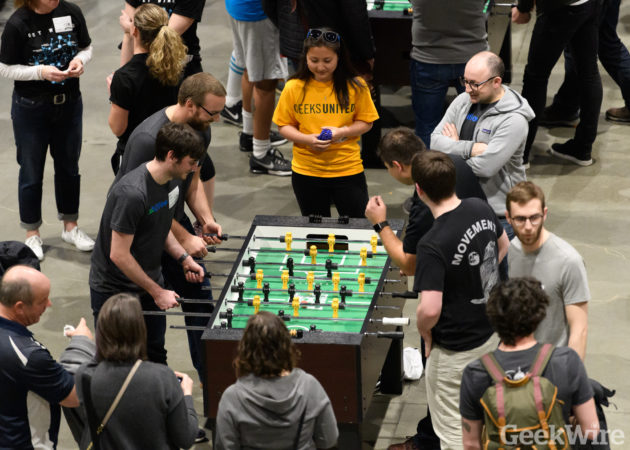 We loved welcoming back our Impact Partners — non-profit organizations that are making the Seattle community stronger through innovative programs related to education, science, leadership and inclusion.

Check out more photos below, including some fun ones from the photo booth. Shout out to photographer Kevin Lisota for snapping pics on Thursday. Once again, thanks so much for joining us for the GeekWire Bash. See everyone at our next event, the GeekWire Awards, on May 2 at Seattle’s Museum of Pop Culture.

And this year’s Camp STEM participants: Pacific Science Center, The Museum of Flight, AIE and Toysmith. 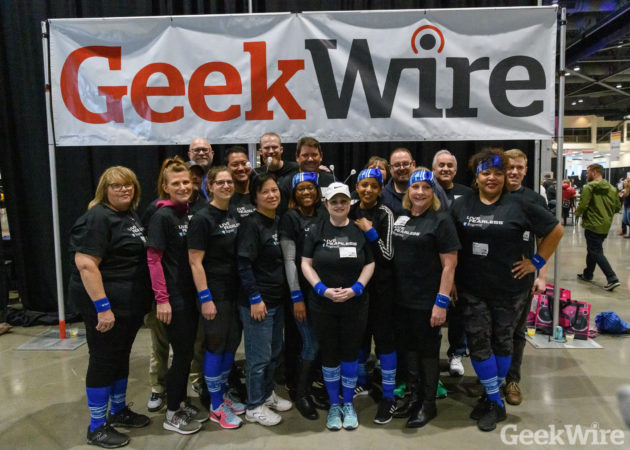 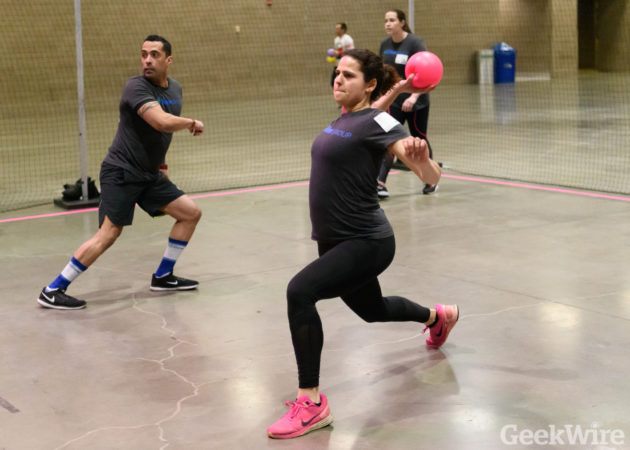 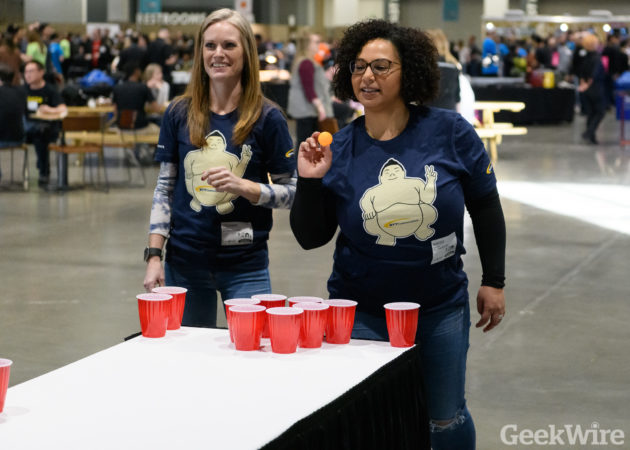 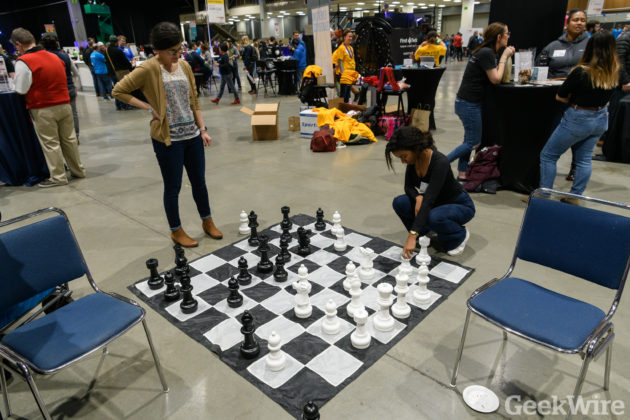 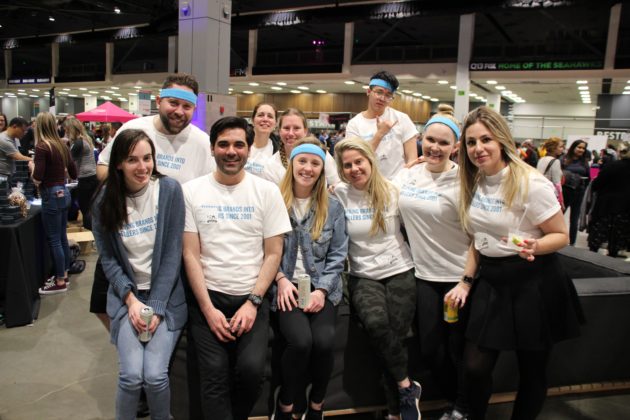 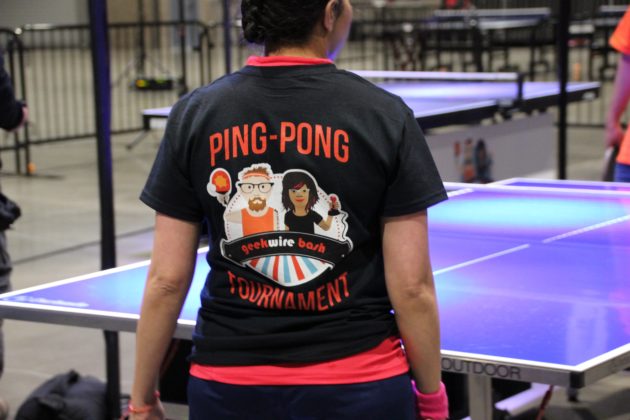 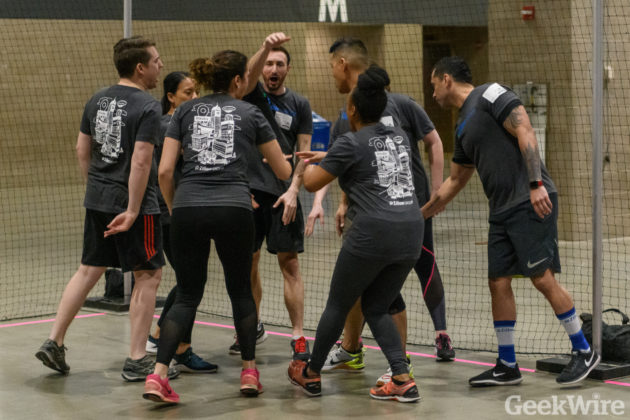 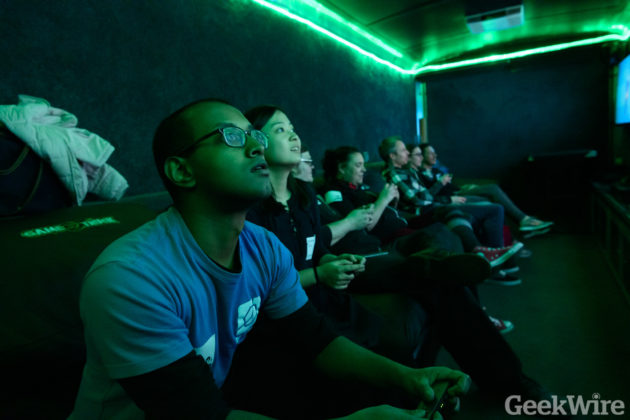 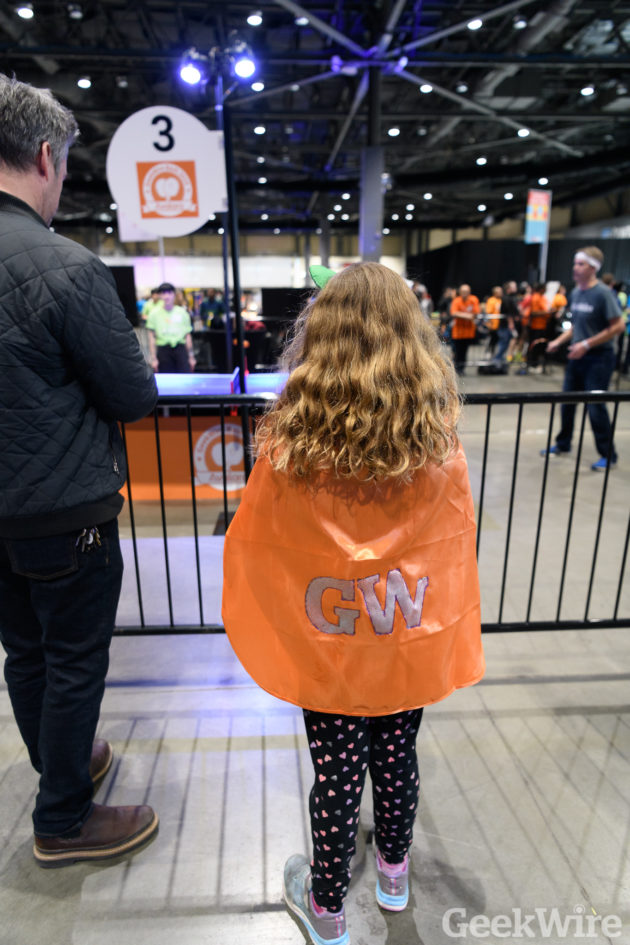 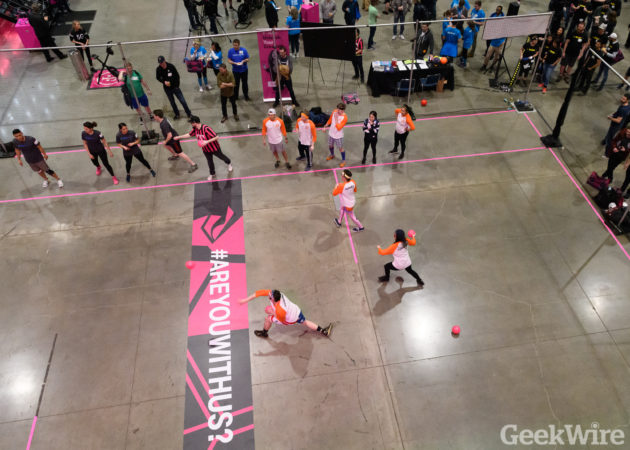 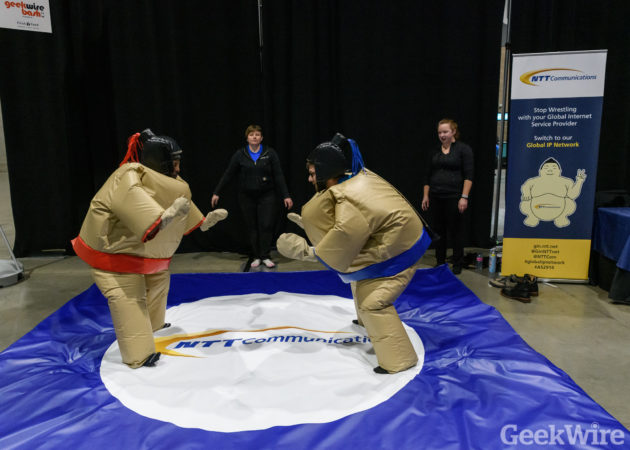 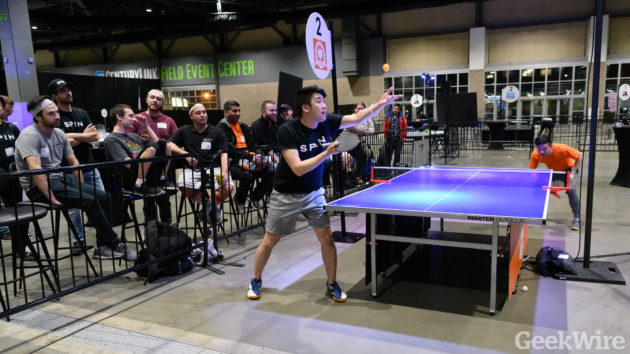 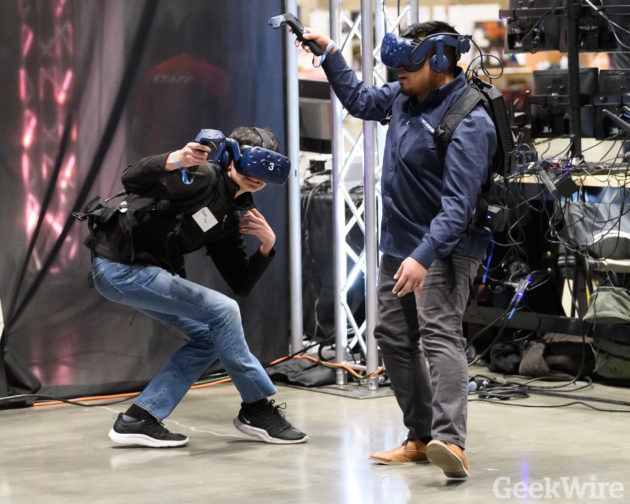 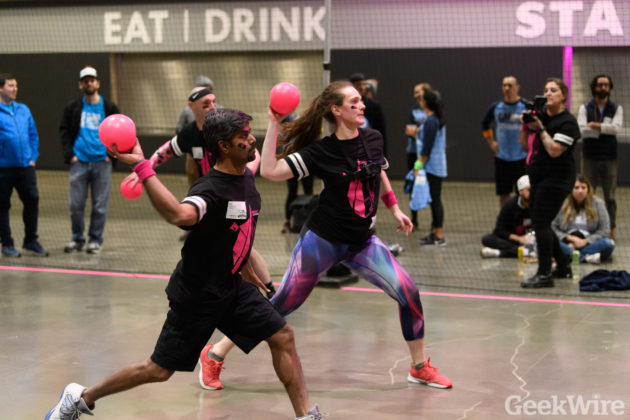