Seattle is an evolving city, so it makes sense for the GeekWire Awards to evolve, too. That’s especially evident as we set out to identify the tech industry’s CEO of the Year candidates, and decided it was time to split the category between larger companies and startups. Leading a scrappy startup or a company of several hundred people are two different challenges, but both worthy of recognition. 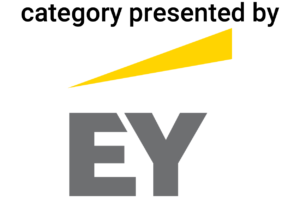 The Big Tech CEO of the Year award for 2019 recognizes the leader of a tech company with more than 200 employees. This person has vision, fortitude, creativity, and that impossible-to-define X-factor.

We’ve opened voting in 11 GeekWire Awards categories, and community votes will be factored in with feedback from more than 30 judges. On May 2 we will announce the winners live on stage at the GeekWire Awards — presented by Wave Business — in front of more than 800 geeks at the Museum of Pop Culture in Seattle. Community voting ends April 19.

Last year’s CEO of the Year winner, before the category was split, was T-Mobile’s John Legere.

You can vote on the Startup CEO of the Year category here.

This year’s five finalists for Big Tech CEO of the Year are Mike Metzger, CEO of PayScale; Matt Oppenheimer, CEO of Remitly; Eugenio Pace, CEO of Auth0; Raj Singh, CEO of Accolade; and Jessie Woolley-Wilson, CEO of DreamBox Learning. Learn more about each of them below, cast your vote in all of the categories, grab a ticket, and we’ll see you at the GeekWire Awards!

How much is Mike Metzger worth? We’ve got just the tool to find out.

“In the years that I’ve worked with Mike, he’s led PayScale on a transformation journey, growing in revenue and relevance,” said Axiom CEO Elena Donio, a board member at PayScale. “Facilitating transparency and efficacy in the world of compensation is a timely and important mission and Mike’s leadership has led to significant innovation and meaningful outcomes for his teams, clients, and partners.”

Metzger was at the helm five years ago when PayScale secured a $100 million investment and three years ago when the company made the first acquisition in its history, taking over MarketPay.

PayScale has risen to No. 3 on the GeekWire 200, our index of top Pacific Northwest startups.

“Mike Metzger has the amazing gift of alignment, meaning he can bring a diverse mix of functions and personalities together to agree on plans and execute them well,” said Matt McIlwain, managing director at Madrona Venture Group and a former PayScale board member. “He is also one of the most kind and sincere people you will ever meet.”

Matt Oppenheimer and the company he co-founded have been here before, as both a GeekWire Awards CEO of the Year nominee (2017) and as a Next Tech Titan nominee (2018) for Remitly, a Seattle startup that lets people transfer money internationally.

Eight years into his quest to transform what he calls a $600 billion global remittance industry, Oppenheimer says Remitly is now transferring nearly $6 billion a year, which makes the startup the largest independent international money transmitter in the U.S.

At No. 7 on the GeekWire 200, Remitly raised $115 million two years ago — the biggest funding round for any Pacific Northwest company in 2017.

“We’ve got a really great product, customers love using it, and we’re growing really rapidly — and yet, we are still a fraction of the global market,” Oppenheimer said at the time. “There is a really clear path to continue to grow around the globe.”

And that’s clearly happening, as Remitly expanded its reach to 40 countries at the end of 2018. The company is also nominated this year for Next Tech Titan.

“Matt is one of the most principled and mission-driven founders I’ve ever had the privilege to work with,” said Chris DeVore, managing partner at Founder’s Co-op and a Remitly investor. “He’s building a huge global business around the simple idea that immigrants make the economy work, but are often not trusted by the financial system in their adopted country. Remitly is there to help immigrants access the financial tools and services they need to help their families thrive, both in their home country and in their country of choice. This is a huge and inspiring vision for me as an investor and for everyone I know who’s had the chance to work with Matt.”

“I don’t believe in life being separate from work. I love what I do. I believe that work is part of life, sometimes it is a bigger part, sometimes a smaller one.” That mindset is clearly working for Eugenio Pace, as he expressed the sentiment to GeekWire in December.

And Auth0 has become a big part of life for developers who rely on the Bellevue, Wash.-based startup’s identity authentication capabilities. Pace helped co-found the company in 2013 and took over as CEO in December 2017.

Pace got his start as a tech entrepreneur in his native Argentina, where his first startup didn’t quite take off the way Auth0 did. He moved on to multiple roles at Microsoft over a 12-and-a-half-year period, became a U.S. citizen and decided it was time to gamble again on starting something.

“Eugenio is a rare example of a leader who is visionary in his ability to spot trends, empathetic in his leadership style that inspires his team and everyone around him, and driven by the unwavering resolve to out execute his competitors,” said Karan Mehandru, general partner at Trinity Ventures and an Auth0 investor. “His moral compass and deep empathy for his co-workers and his customers comes through in every interaction I have ever had with him.

“Aside from the being the fearless leader of Auth0, he is the heart and soul of the company and a true inspiration to entrepreneurs and investors worldwide,” Mehandru added. “I am so excited and proud to be on his board and call him a partner and friend in this incredible journey at Auth0.”

The healthcare industry could stand for the type of disruption and intelligence that Accolade and CEO Raj Singh bring to the equation.

The co-founder of Concur, an employee expense management company that sold for $8.3 billion to SAP, Singh and his Concur partner Mike Hilton made the surprising leap over to healthcare tech four years ago.

In that time, Accolade — which helps employers help their workers navigate healthcare options — has established a second headquarters in the Seattle region, raised $50 million to bring total funding to $200 million, unveiled a new AI platform, and more.

The enterprise software company is No. 8 on the GeekWire 200, and some credit Singh’s leadership.

“Raj is unique in that he is a phenomenal visionary and a relentless operator, but what I love most about him is the way he leads across both of these dimensions,” said Donio, the Axiom CEO and former Concur executive who worked alongside Singh. “He has a way of connecting his teams to the mission, charting a course that is just crazy enough, inspiring belief at every step, celebrating the victories of those around him, and demanding more when it’s clear there’s more to give. Raj shines not just through what he does, but in the way he brings out the very best in everyone else.”

Just do the math: Jessie Woolley-Wilson is out to reimagine education. And to get to that lofty goal, through technology, Woolley-Wilson is leading the charge at DreamBox Learning, the Bellevue, Wash.-based math education software company.

In more than eight years with the company, Woolley-Wilson has helped DreamBox become what is arguably the most prominent education technology startup in the Seattle area. Ranked at No. 29 on the GeekWire 200, the company raised $130 million last summer, as Woolley-Wilson said DreamBox was committed to unlocking the learning potential of every child through intelligent adaptive technology that personalizes each student’s learning experience.

It was a theme she hit on at the GeekWire Summit in October, in discussing how many of the technologies that we use every day are constantly learning from us, whether it’s Amazon or Netflix, and education should be no different.

“That’s what we’ve done at DreamBox,” said Woolley-Wilson, who was profiled as a GeekWire Working Geek earlier this year. “We’ve created a technology that literally learns the learner as the learner learns.”

Arne Duncan is a former U.S. education secretary and senior education advisor to The Rise Fund, which gave DreamBox its big funding haul. He’s also now a DreamBox board member.

“I am a big fan of DreamBox Learning and of Jessie Woolley-Wilson,” Duncan said. “We know that education technology helps students and supports teachers. Providing more effective tools for teachers that drive student learning gains is a win-win for our schools.”