JERUSALEM — Exactly 920 years after Jerusalem fell in the First Crusade, archaeologists say they’ve found the first on-the-ground evidence to back up a key twist in the Crusaders’ account of their victory.

A glittering piece of Fatimid Muslim jewelry plays a role in the find. And so does a later chapter in Jerusalem’s history that has overtones of “Game of Thrones.”

The discovery serves as another coup for the Mount Zion Archaeological Project, a decades-long excavation effort that’s being conducted by an international team under the aegis of the University of North Carolina at Charlotte. UNC Charlotte’s many-layered dig takes up a wedge of land sandwiched between Jerusalem’s Tower of David citadel and a busy Israeli thoroughfare.

Past achievements include the discovery of a rare gold coin bearing the visage of Nero as a young Roman emperor, and the uncovering of a first-century Jewish mansion that came complete with a bathtub. The site preserves layers of material from the Iron Age to today’s plastic age.

“It’s the closest you can get to time traveling,” said archaeologist Rafi Lewis, a co-director of the Mount Zion team who is also an academic at the University of Haifa and Ashkelon Academic College. The other co-directors are Shimon Gibson, a professor of practice in UNC Charlotte’s History Department; and James Tabor, a UNC Charlotte professor of religious studies.

The Mount Zion team’s latest time-traveling research focuses on 1099, when Crusader armies from Europe converged on Jerusalem to wrest the holy city from its Muslim defenders.

The Europeans’ siege came to a head on July 15 of that year. One part of the force raised a siege tower to scale the citadel’s walls from the north. Another army, led by Raymond of Saint-Gilles, pressed forward from the south.

A contemporary account of the battle, written by a chronicler named Raymond of Aguilers, describes a deep ditch that the defenders had dug next to the citadel’s walls to frustrate the southern attackers. Raymond of Saint-Gilles reportedly promised golden dinars to any Crusaders who would help fill in the ditch with stones — and fortune-seeking soldiers reportedly obliged, as described in this account:

“Anyone who ever dealt with the Crusade in Jerusalem knows this story. … It’s a very saucy bit of story,” Lewis said. “But nobody ever found the ditch, so people said maybe it’s made up.”

Gibson said the realization dawned on him and his colleagues as they delved through the dirt where the southern siege took place. “One day I was glancing toward the west, and I noticed something bizarre,” he recalled. “The layers were sloping in the wrong direction.”

Rather than trending downward away from the wall, the slope trended downward toward the wall. That matches what you’d expect if there were a ditch or moat that was excavated at one point in time, and then filled back in at a later date.

It took several field seasons to map the layers and date the artifacts that were found in the dirt. This year, the Mount Zion team finally got to the bottom of the filled-in ditch, which Lewis said measures about 17 meters (56 feet) wide and 4 meters (13 feet) deep.

The artifacts found amid the fill dated back to around the time of the siege. And the site of the filled-in ditch was covered over by a blackened layer of material that the team associated with a fiery civil war in 1153 between King Baldwin III and his mother, Queen Melisende.

The parallel to “Game of Thrones” goes deeper than the queen’s name — which is similar to Melisandre, the prophesying priestess in George R.R. Martin’s novels and HBO’s TV series. Although he didn’t have any dragons, Baldwin was willing to set Jerusalem afire to take control of the city. And he did take control, after a round of political maneuvering that might well have impressed the fictional Queen Cersei.

For the Mount Zion team, the level layer of burned debris proved that the ditch was filled in well before 1153, bolstering the view that it was associated with the battle in 1099.

Another line of evidence comes from the stone ruins of a house that was located only a few yards away from the ditch. The archaeologists suggest that the house was built well before the Crusades and might have been damaged by an earthquake that hit Jerusalem in 1033. Despite the damage, it could still provide shelter beneath Jerusalem’s walls.

When archaeologists sifted through the layers of material around the house’s foundation, they found numerous arrowheads as well as two of the cross pendants that the Crusaders traditionally wore on their breasts. And near those artifacts, they found a piece of gold jewelry, fashioned in the style of the Fatimid Muslims who came from Egypt and held Jerusalem before the Crusades.

Although the jewelry still has to be analyzed, it appears to incorporate pearls as well as bits of jade and glass. Gibson said it may have been worn by a Muslim woman as an ear ornament or a  brooch. 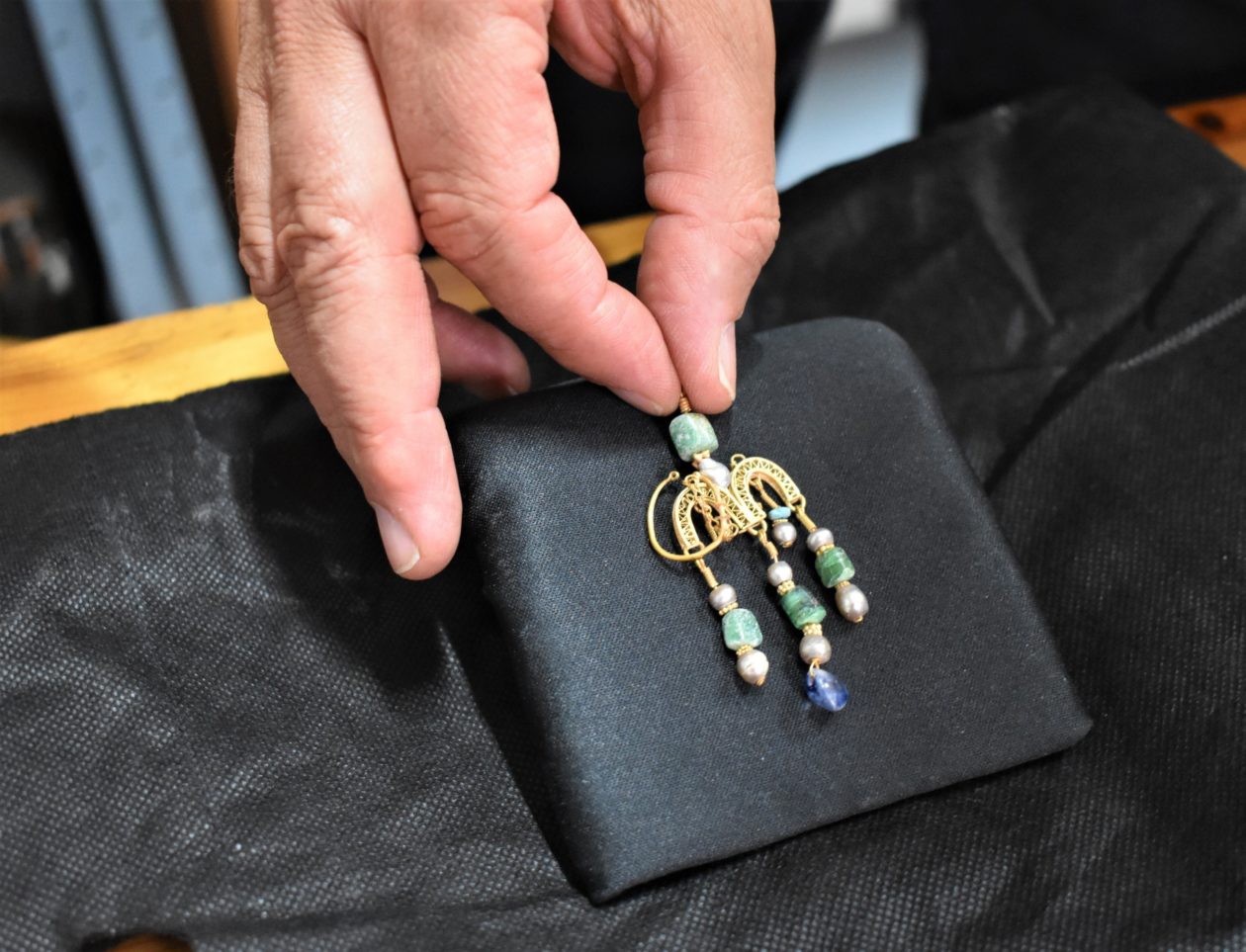 Shimon Gibson holds out a piece of jewelry created in the style of the Fatimid Muslims centuries ago. (GeekWire Photo / Alan Boyle) 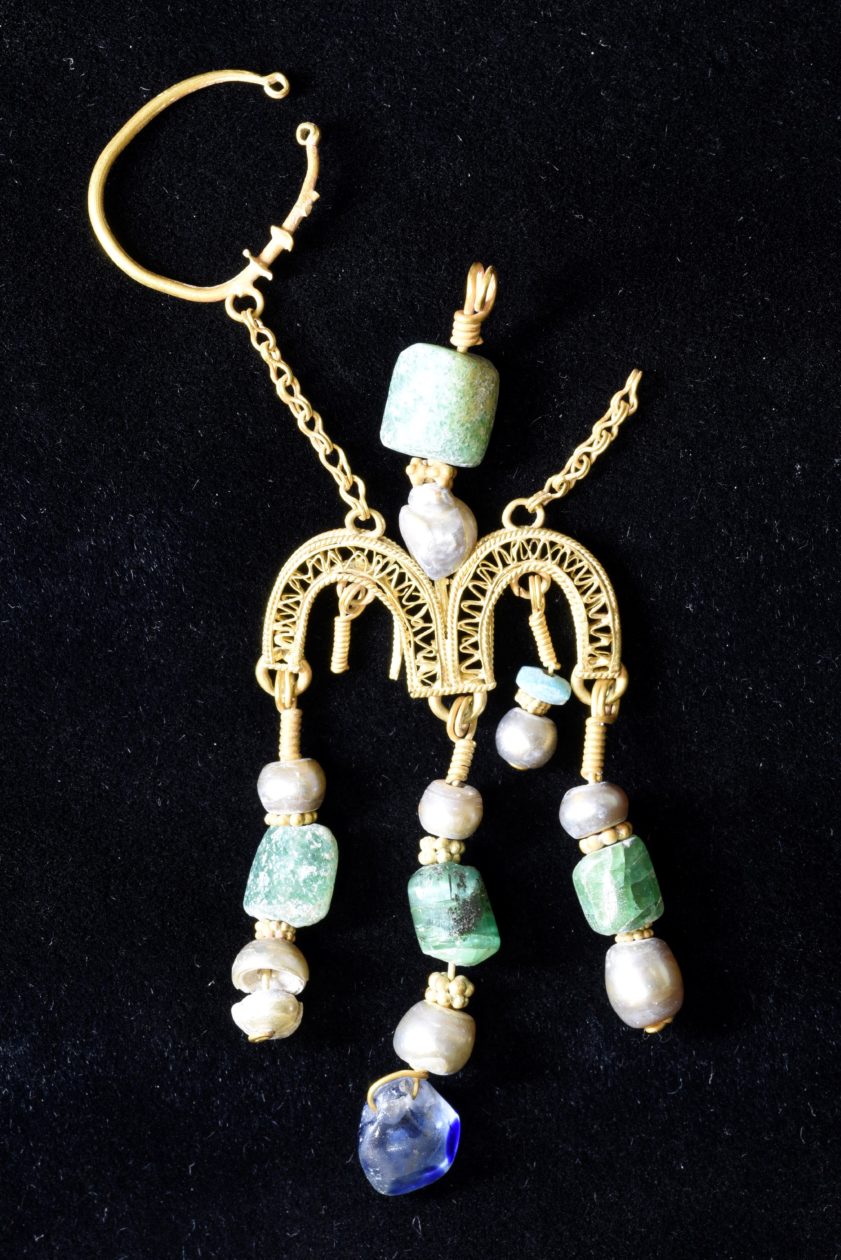 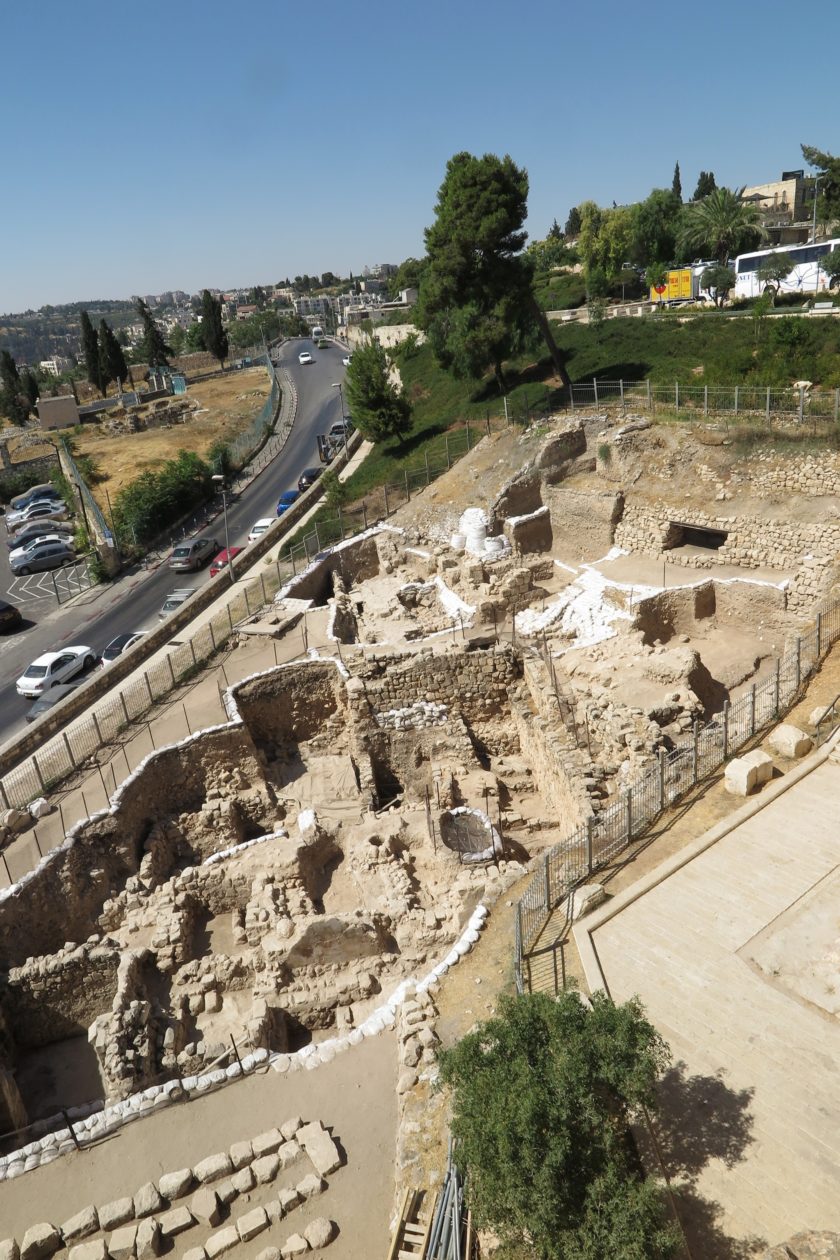 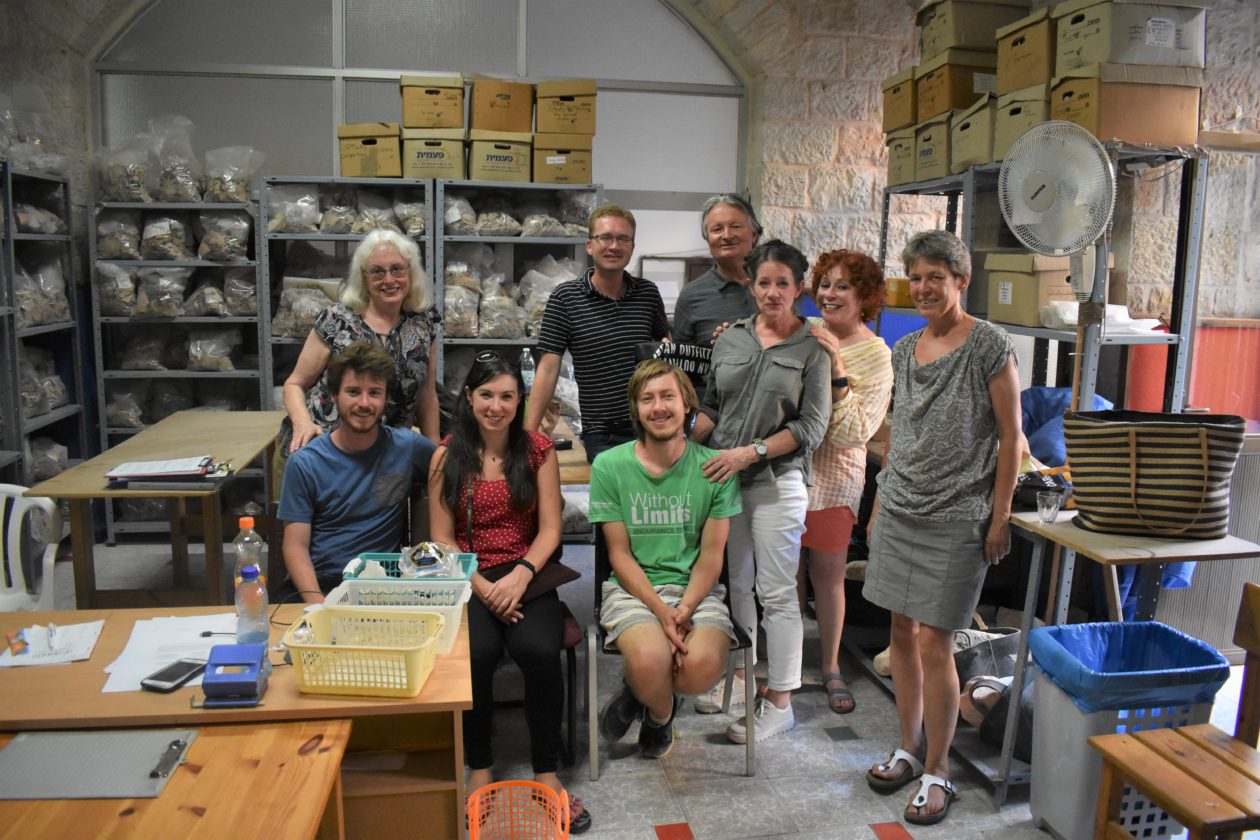 Members of the team for UNC Charlotte’s Mount Zion Archaeological Project are surrounded by bags of collected artifacts at their Jerusalem headquarters. (GeekWire Photo / Alan Boyle)

Lewis said the fact that Muslim jewelry, Christian pendants and arrowheads were all found in the same plot of ground solidifies the connection to the battle of 1099.

“It wouldn’t be farfetched to almost see what’s happening there,” he said. “The Crusaders are coming. The Fatimids are getting ready for this ditch, so they abandon the house, they cut the moat. Outside the city, everybody runs in to take refuge inside. Maybe a piece of jewelry is left behind, on the one hand. And then the Crusaders are coming into this house when they are attacking the city from the south. … It would be very convenient to use the remains of the house as a shelter from the shooting that will come against the Crusaders from the city itself.”

Did the jewelry go undiscovered during the battle? Was it taken as booty, and then left behind? “There’s a story there which is yet to be told,” Lewis said.

Some parts of that story may always have to be left to the imagination. But thanks to what’s already been found, the archaeologists at Mount Zion are more confident than ever that the 920-year-old tale told by Raymond of Aguilers rings true.

The Mount Zion Archaeological Project is supported by a bequest from Loy H. Witherspoon, with additional support from Aron Levy, John Hoffmann, David and Patty Tyler, and Ron and Cherylee Vanderham. In addition to professional archaeologists and historians, team members include volunteers and students. GeekWire’s Alan Boyle traveled to Israel, the West Bank and Jordan for a field trip organized through the World Conference of Science Journalists with support from CERN and the European Union’s Open SESAME project.