Many of you already know and love the GeekWire Bash — our annual geek festival that includes everything from competitive ping pong tournaments to interactive virtual reality displays to fast-moving ziplines to Sumo wrestling.

Now, we are adding some more fun to the Bash: Robots! 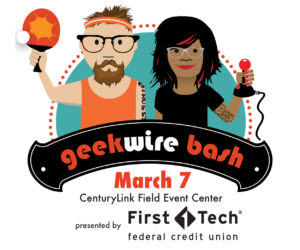 GeekWire is proud to present the first annual GeekWire Robotics Cup, an invitational competition that will take place inside an expanded GeekWire Bash on Thursday, March 7 andhosted in conjunction with non-profit FIRST Washington. Twenty four robotics teams from around western Washington — made up of more than 200 kids in 4th to 8th grades — will compete in this competition based on a real-world scientific challenge. The competition theme for 2019 is “Into Orbit” in honor of the 50th Anniversary of the lunar landing.

The GeekWire Robotics Cup will anchor a new Junior Geek Zone at the GeekWire Bash, a fun area where kids will participate in engaging games and STEM-oriented activities. 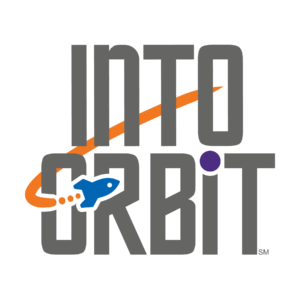 For the first time in our history, the GeekWire Bash will be family friendly — opening this festival to geeks of all ages. A special $25 ticket type has been created for kids, with the Bash geared towards growing geeks ages 5-17.

If you’ve got a Lego-loving kid, a future video game designer or a pint-sized lover of technology, math and science, bring them out to the Bash to mingle with geeks of all ages.

Tickets to the Bash — including the foosball, Catan, dodgeball and ping pong tournaments for adults — are available here.

Also, thanks to gold sponsors: Avalara, T-Mobile and Sirqul, as well as a shout out to silver sponsor Qualtrics.

And thanks to supporting sponsors: Big Fish, Alaska Airlines and Domaintools.