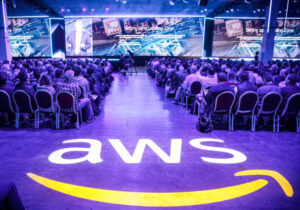 Amazon is releasing a new integration designed to help hardware makers build its Alexa voice assistant directly into smaller devices, such as light switches, thermostats and small appliances, without needing to pair them with a separate Alexa-enabled speaker or gadget.

Many smaller devices already work in conjunction with Amazon’s Echo speakers and other Alexa-enabled hardware, but it’s less common for small devices to have standalone Alexa capabilities built-in, as this new capability promises.

Amazon is making this happen by offloading workloads that require intense computing power and memory from the device to the cloud, without increasing cloud computing costs for the device maker. The company says the lower requirements will reduce the bill of materials for these smaller Alexa-enabled devices by up to 50 percent, significantly reducing the ultimate retail price.

That means you will be able to hopefully in the future see many more form factors and devices now being able to be voice-controlled and directly spoken to.

“That means you will be able to hopefully in the future see many more form factors and devices now being able to be voice-controlled and directly spoken to,” said Dirk Didascalou, Vice President of Internet of Things for Amazon Web Services, in an interview. “I leave it up to your imagination to think what that would mean.”

But by making it easier for Alexa to be built into more devices, the company also risks raising new privacy concerns, by increasing the number of devices with microphones in our everyday environment. For example, visitors to homes, offices or industrial spaces with Alexa built into a light switch might not initially be aware that the voice assistant is present.

Didascalou said the IoT integrations of Alexa will follow the same privacy protocols as other Alexa devices, including a blue light that indicates when the device is listening for a wake word.

With this and other IoT cloud technologies for hardware and software developers, Amazon Web Services is looking to extend its the reach of its public cloud platform, where it is the market leader, looking to fend off growing competition from Microsoft, Google and other major cloud technology providers.

The announcements come in advance of the Amazon Web Services re:Invent conference next week and the Consumer Electronics Show in Las Vegas in early January.