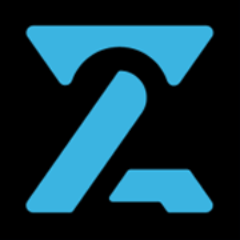 Z2, a Seattle game studio owned by Activision Blizzard, is shutting down.

The office closure is part of larger layoffs announced today by gaming giant Activision Blizzard, which will slash 8 percent of its workforce in a restructuring. The gaming giant employed just under 10,000 people last year.

Z2 originally launched in 2009. It was acquired by King, maker of the popular game Candy Crush, for $150 million in February 2015 and remained in Seattle.

Later that year, Activision Blizzard acquired King for $5.9 billion, and in the process swooped up Z2, as well.

We’ve reached out to Activision Blizzard for comment and will update this post when we hear back. The company did not specify where the job cuts would be made.

Update: Here’s a full statement from the company sent to GeekWire:

Activision Blizzard achieved record GAAP revenue and EPS for both the fourth quarter and the year, and we also achieved record segment financial results across Activision and King in 2018. While we performed well in these areas of our business last year, and continued to make progress in mobile, advertising, and esports, we ultimately did not meet our own, nor our communities’, expectations for content delivery and growth.

As a result, we’re taking important steps to reinforce our foundation for future growth. We’re increasing our investment in game development across our biggest franchises, mobile and geographic expansion, as well as in adjacent opportunities with demonstrated potential, like esports and advertising.

Over the course of 2019, we plan to increase the number of developers working on our key franchises by approximately 20%, ultimately allowing us to put even more content into the hands of existing and new fans around the world.

To fund this investment, we are de-prioritizing initiatives that are not meeting our expectations and reducing certain non-development administrative expenses across the company. We are also bringing together our regional sales, partnerships, and sponsorships capabilities enabling us to better leverage our talent, expertise and scale.

We’re confident in our plan and the leadership teams in place who will navigate us through this time of change. These actions will allow us to return to the franchise focus that has fueled our long-term success so that we can bring the most epic entertainment to our players around the world.

WELP the game studio where I worked for almost 8 years and a ton of my friends still work(ed) just got shut down today by activision…….
bad bad bad bad

Anyone who is in a position to offer work please consider reaching out to those affected.

Hearing bad news out of the King division of ATVI- the Seattle (formerly Z2) and SF offices have been shut down. :(

Best of luck to those affected.

Gonna miss my team mates. It was a great run. Love the Z2 crew.

In 2016, there were marketing and support position layoffs at the Seattle studio.

Paradise Bay, which launched in 2015, is the only title listed on the Z2 website. It has a 4-star rating and more than 430,000 reviews on Google Play.

Z2 was founded by former Microsoft developer Damon Danieli and led in its initial phases by gaming veteran David Bluhm. Lou Fasulo took the helm in July 2012 and stepped down this past April. Its investors included DFJ and Madrona, with Madrona incubating the idea at the firm’s downtown Seattle offices in 2008. Total funding in Z2 was just $6.5 million before the acquisition.

“King is predominantly known for their immensely popular puzzle games,” Fasulo said at the time of the acquisition. “Z2 has had great success in casual to mid-core builder, strategy and action games — this combination extends their capabilities to new game genres.”

King started in Sweden in 2003, and it later moved its headquarters to London. Z2 was the company’s first U.S. gaming studio. It had 10 offices worldwide before today’s announcement; Seattle and San Francisco were the only U.S. locations.

On the company’s earnings call Tuesday, Activision Blizzard executives said the company-wide layoffs are part of a renewed focus on their larger main franchises such as Call of Duty and Diablo.

“While our financial results for 2018 were the best in our history, we didn’t realize our full potential,” Activision Blizzard CEO Bobby Kotick said in a statement. “To help us reach our full potential, we have made a number of important leadership changes. These changes should enable us to achieve the many opportunities our industry affords us, especially with our powerful owned franchises, our strong commercial capabilities, our direct digital connections to hundreds of millions of players, and our extraordinarily talented employees.”