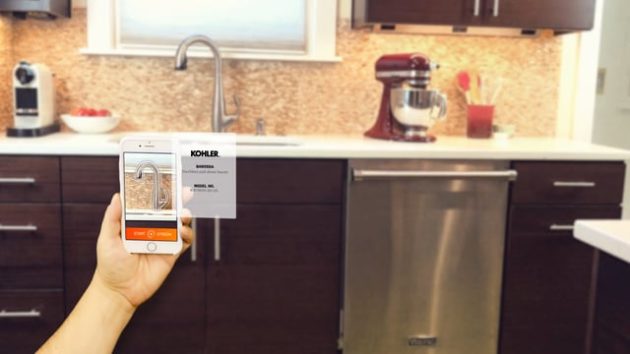 The amount of Loup’s investment was undisclosed. Streem, which employs 15 people, raised $2 million in March, pushing the company’s seed round to $3.7 million. It also announced an additional investment from TechNexus today.

Founded last year, Streem aims to give home service professionals a way to more quickly diagnose and quote a customer’s inquiry by using AR on smartphones. Customers can use Streem’s app to stream HD video of their given issue to the professional, who can then use a digital toolbox to take measurements and other notes. Professionals can guide the conversation with a laser pointer and use arrows anchored to a 3D map of the space. The photos, videos, notes, and data stay saved on the app, which utilizes Apple’s ARKit.

In a blog post, Munster wrote that Loup is investing in Streem “as a play on augmented reality transforming human interaction.”

“We define augmented reality as the layering of artificial sensory elements onto the real world,” he wrote. “While the smartphone will be the hardware that enables basic augmented reality applications over the next few years, AR will eventually be delivered by wearables that replace the screen as we know it.”

Munster said Streem’s technology not only can add value in home services, but also other customer support verticals — in the auto industry, for example.

“For example, a new car buyer may find it difficult to operate the entertainment system or fold down the third row of seating,” he wrote. “Streem allows a direct, cost-effective connection between a consumer and a manufacturer. Manufacturers win because the interaction builds brand loyalty; consumers win because they get thorough and timely assistance.”

A former Apple engineer who created autocorrect told CNBC this week that Apple’s next “smash hit” could be augmented reality. Other tech giants including Facebook and Google are also investing heavily in the technology. However, overall investment in augmented reality startups is flattening, with the exception of Magic Leap.