GeekWire’s TLDR video reports provide quick summaries of news stories in tech, business, science and more, in the Seattle region and beyond. 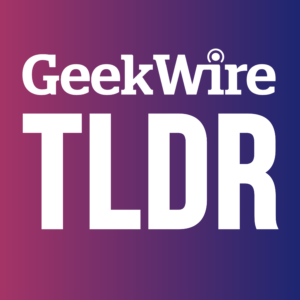 Facebook keeps losing executives from its acquisitions. The latest: Brendan Iribe, co-founder and one-time CEO of Oculus, is heading for a different reality. In a status update appropriately posted on (where else?) Facebook, Iribe says he’s taking time to “recharge, reflect, and be creative.” Heading out before Iribe were Instagram’s co-founders last month and a WhatsApp co-founder earlier this year.

Seattle sales tax automation company Avalara is facing a lawsuit. A tax accountant claims Avalara misappropriated technology he developed, after he allegedly gave an in-depth demonstration to Avalara in 2011. Avalara’s not commenting on the allegations or pending litigation. Nat Levy has the scoop.

All startup roads lead to … Seattle? It sure seemed that way as an international group of entrepreneurs came to Seattle City Hall to pitch companies they’re building all over the world, from Cyprus to Slovakia. Two of the 10 who came to the Emerald City will be nominated to present in Washington, D.C., at a closing conference. Watch Starla Sampaco outline the competition in the video below, and read Monica Nickelsburg’s round up.

Bye bye rainy Bellevue? We’re sure he was joking, right? T-Mobile CEO John Legere told Sprint workers he’d love to relocate if their merger closes. “I definitely have a lot of people in Bellevue that would love to move to Kansas City,” he said, according to an SEC filing. “I’m one of them that would love to live here instead of Bellevue. It rains every day.” Read Kurt Schlosser’s report here.

Sports fans may never see it in action directly, but SAP has rolled out its Executive Huddle venue management product. It’ll first be used by the San Francisco 49ers to help it manage some 70,000 fans on game days. GeekWire’s Taylor Soper got an inside look. And yes, it helps with parking and bathroom management, too.

Sign up to receive this rundown as an email newsletter, subscribe to GeekWire on YouTube for all of our videos, and check back weekday afternoons for more headlines and snippets.