Don’t call it Cyclops 2: The five-person submersible built by Everett, Wash.-based OceanGate has been renamed Titan, befitting its role as a vehicle designed to get up close to the Titanic’s shipwreck.

Today OceanGate announced that it has launched Titan for its initial rounds of in-the-water tests at Everett’s marina. Shallow-water trials are due to continue in Puget Sound through March.

Titan is scheduled to undergo deep-sea certification dives in the Bahamas in April. That will be when OceanGate CEO Stockton Rush first pilots the vessel to Titanic-level depths of 4,000 meters (13,000 feet).

The submersible is equipped with a real-time monitoring system to monitor the condition of its pressure vessel during those deep dives. Nine acoustic sensors and 18 strain gauges will keep tabs on the cylindrical carbon-fiber hull and its interface with the titanium domes on each end.

The system is designed to provide the pilot with enough advance warning of a potential problem to stop Titan’s descent and return safely to the surface.

“Safety is our No. 1 priority,” Rush said in a news release. “We believe real-time health monitoring should be standard safety equipment on all manned submersibles.” 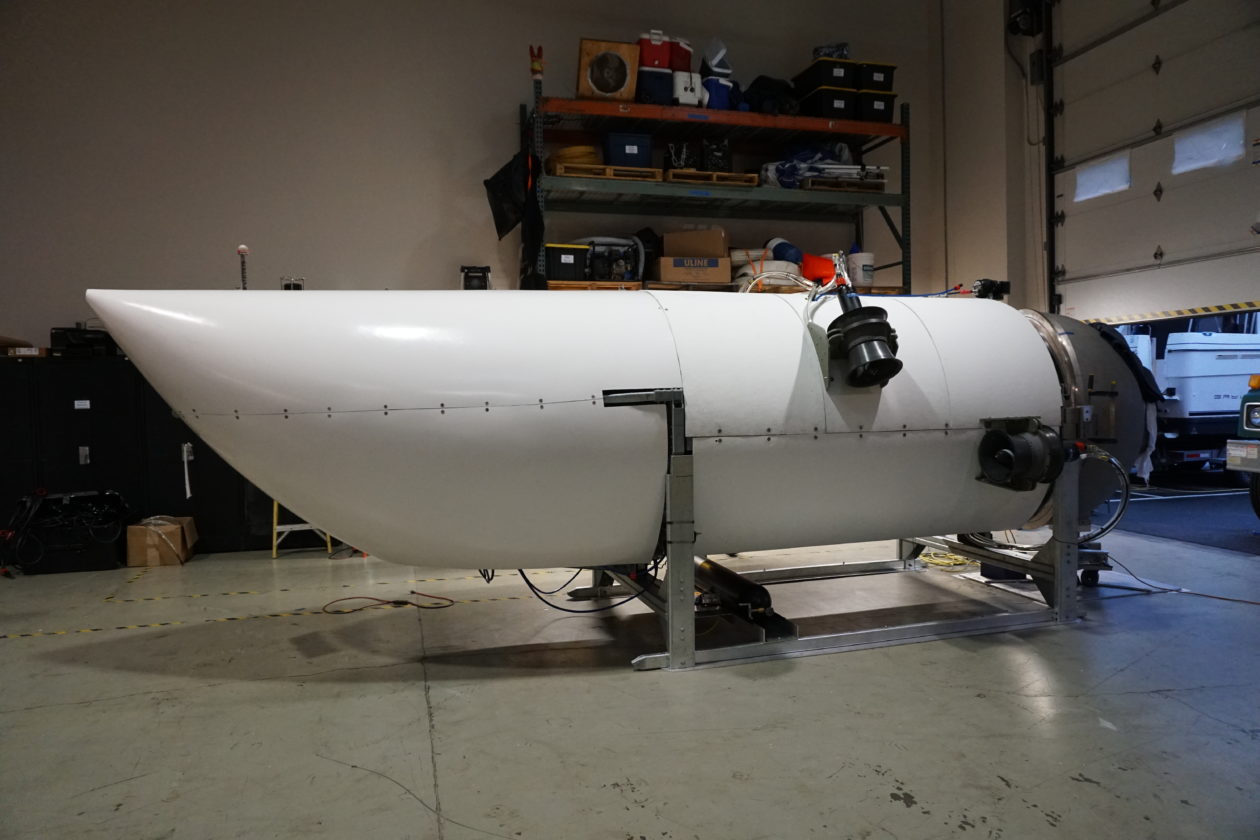 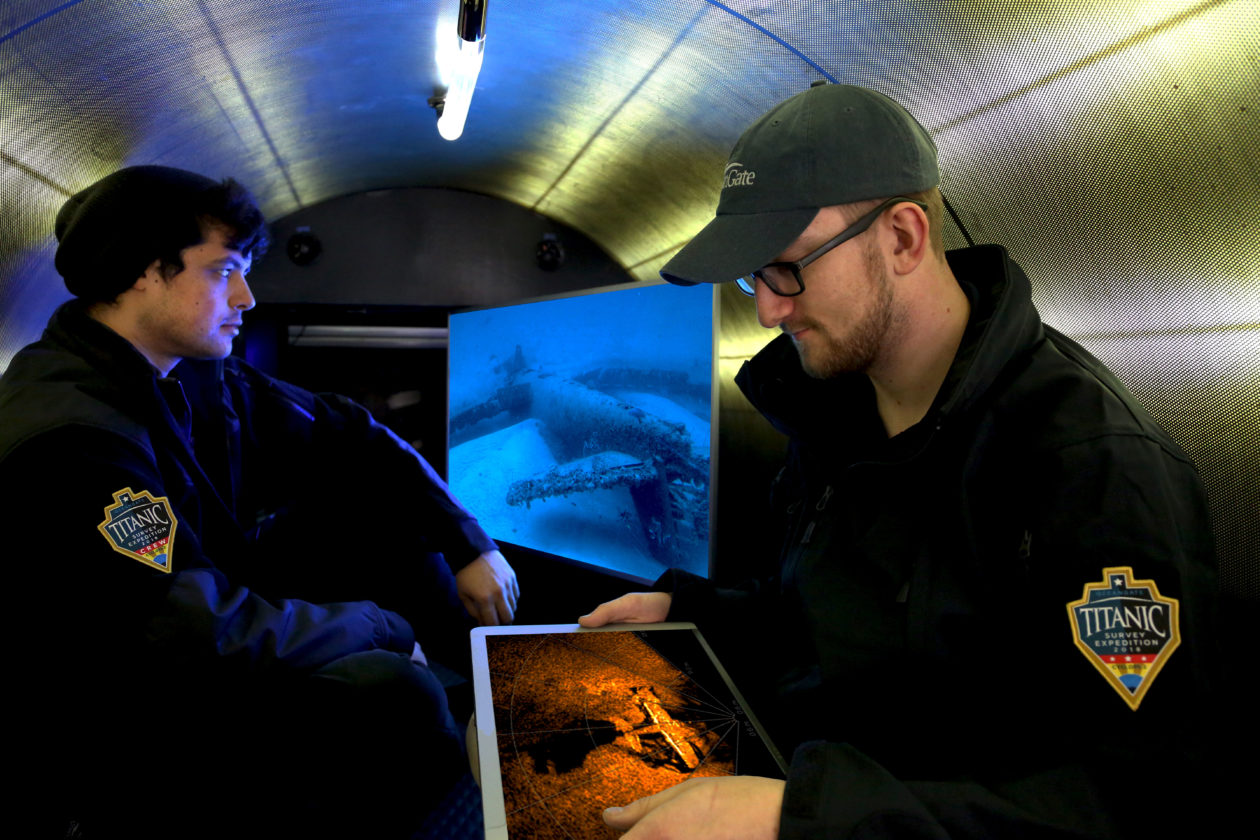 The sub’s interior has a high-tech look.. (OceanGate Photo) 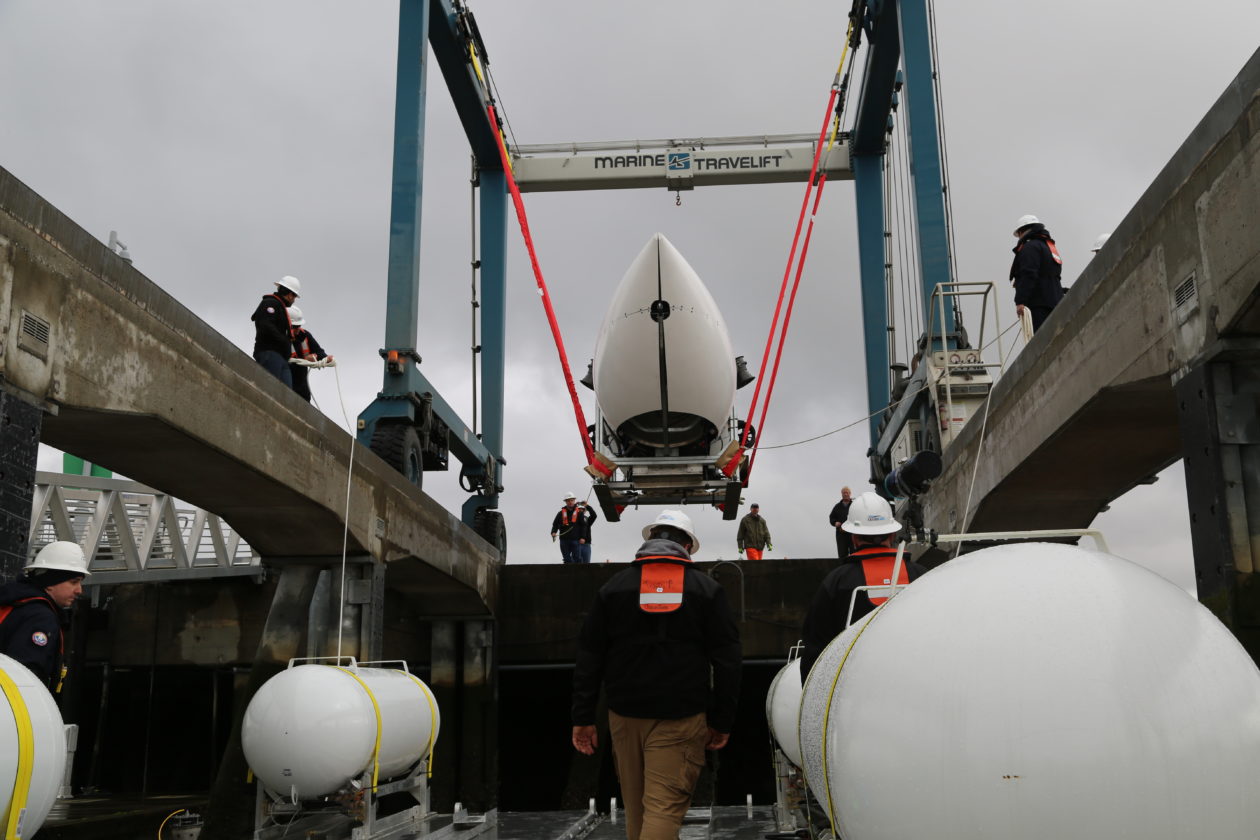 The Titan submersible is lowered onto its mobile platform. (OceanGate Photo) 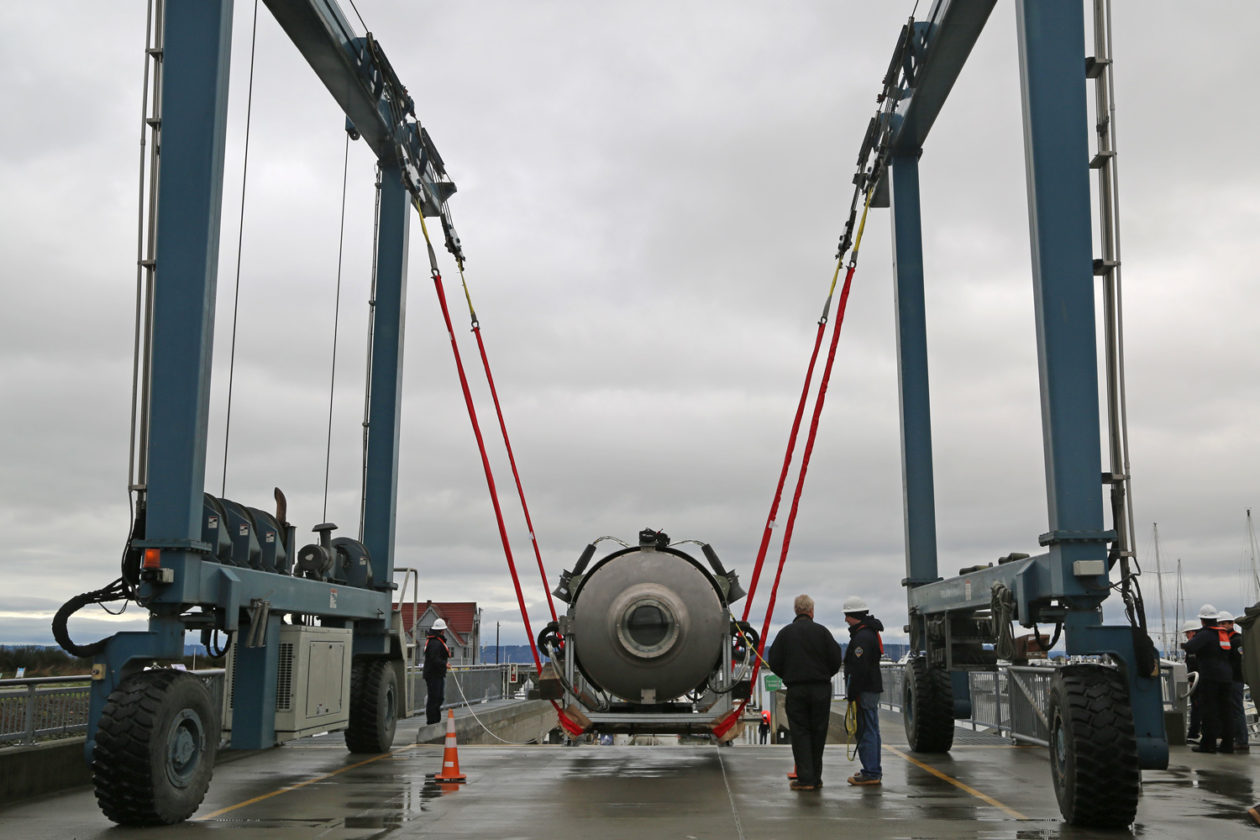 The submersible settles into place on its mobile platform. (OceanGate Photo) 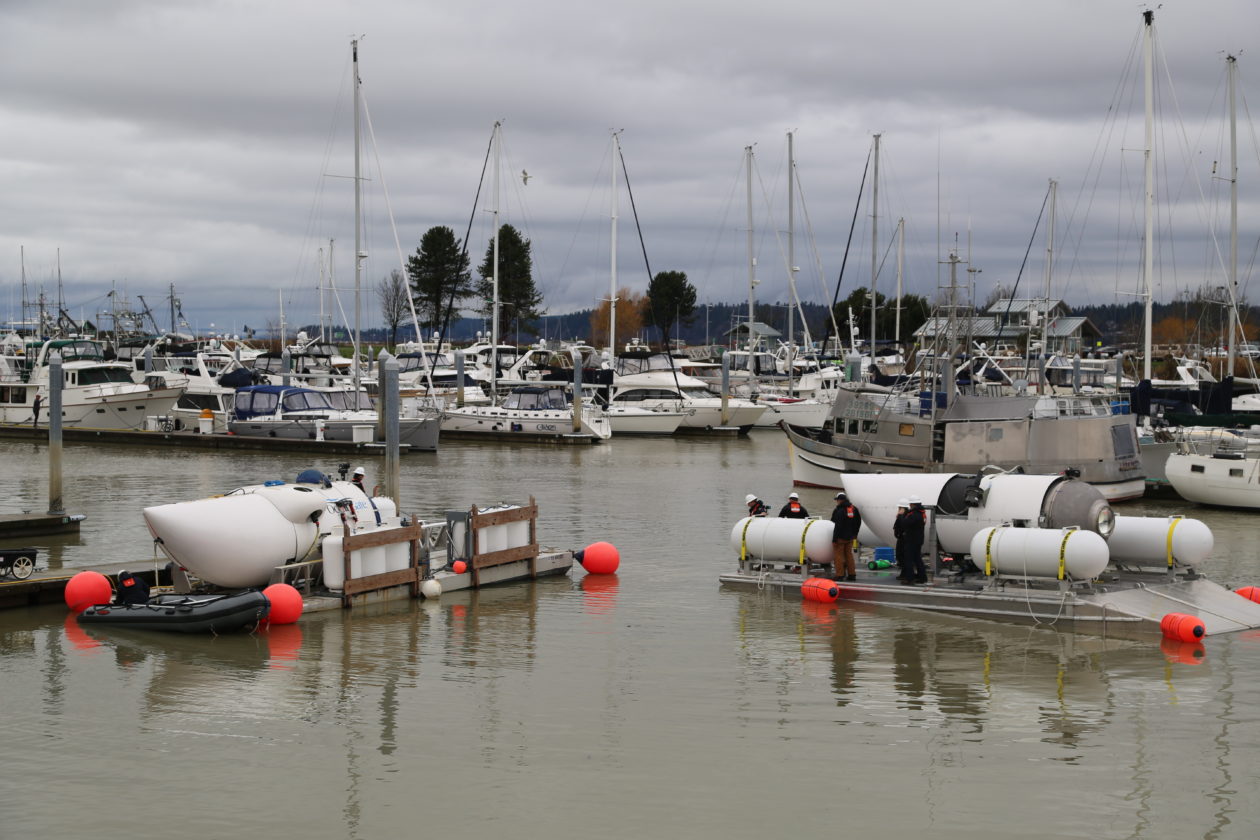 OceanGate’s Cyclops 1 sub is at left, and the Titan sub is at right. (OceanGate Photo) 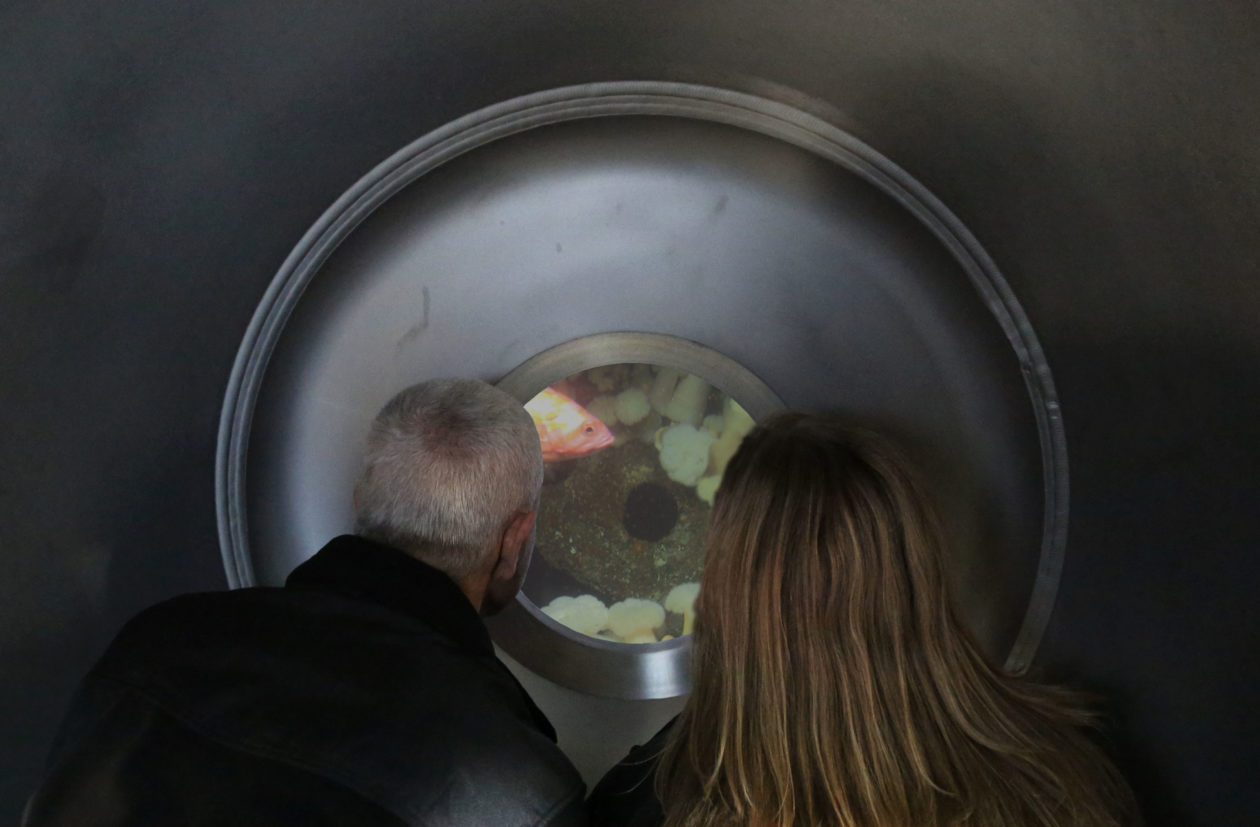 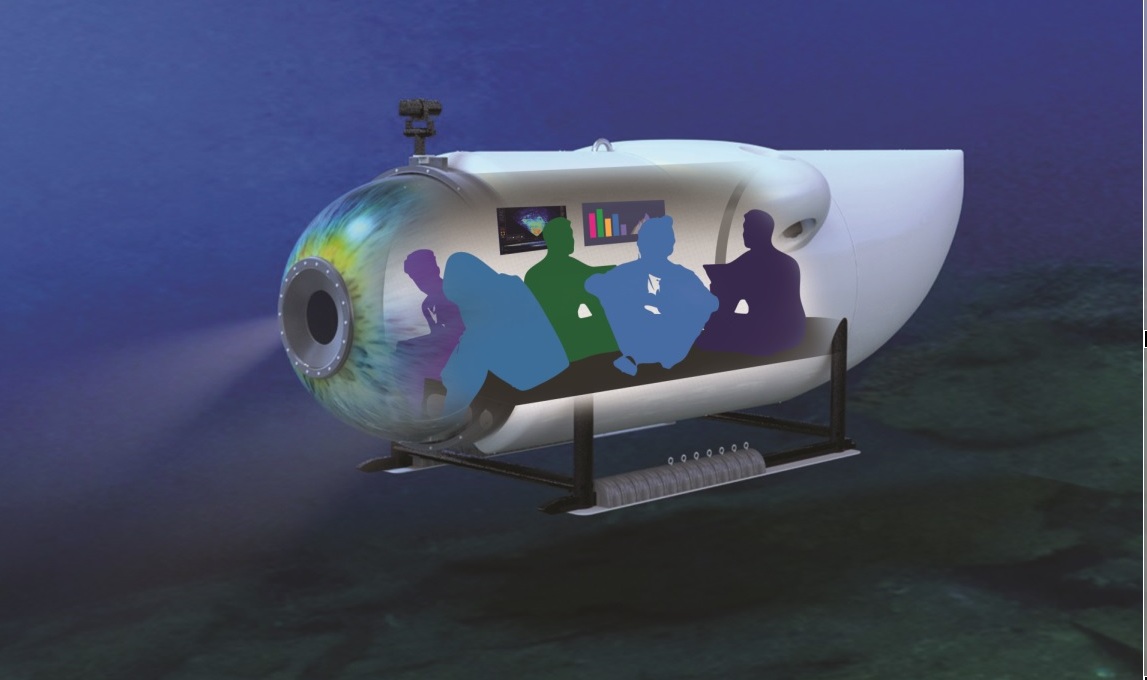 An artist’s conception shows the seating arrangement in the Titan sub. (OceanGate Graphic) 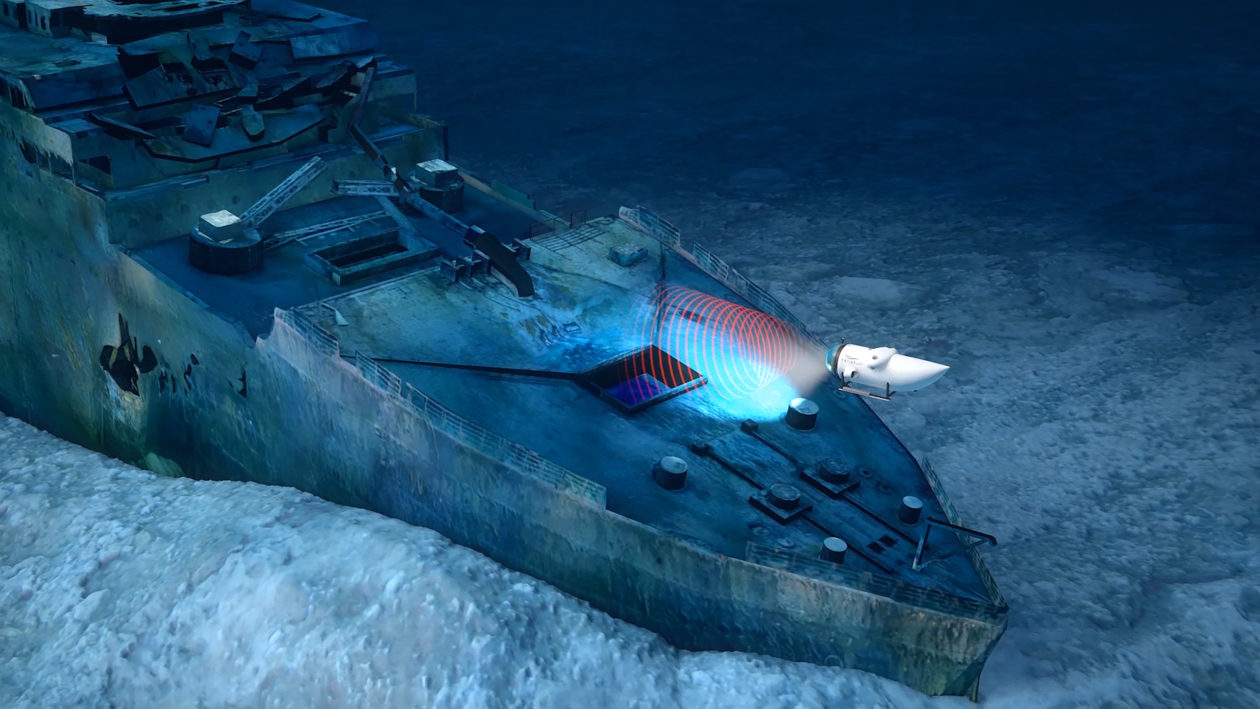 An artist’s conception shows Titan scanning the wreck of the Titanic. (OceanGate Graphic)

After certification, it’s off to St. John’s, Newfoundland, where Titan’s crew, scientists, support team members and mission specialists wil board a mothership and head out to the site of the Titanic shipwreck in June for a six-week expedition.

More than 1,500 passengers and crew died when the ship hit an iceberg and sank in 1912. The tragedy created a sensation, as did the Titanic’s rediscovery in 1985.

Titan’s scientific mission, backed by the OceanGate Foundation, is aimed at documenting how decades of decay have affected what’s left of the ocean liner, and studying the life forms that inhabit the ocean floor surrounding the debris.

In addition to scientists and pilots, the Titan will carry mission specialists who have each paid $105,129 — the modern-day equivalent of a first-class Titanic ticket in 1912 — to be part of the adventure.

Building the submersible has already been an adventure for OceanGate.

When they designed Titan, OceanGate’s engineers drew upon three years of experience with Cyclops 1, a submersible that’s capable of reaching depths of 500 meters (1,600 feet). OceanGate used Cyclops 1 in 2016 to explore the wreck of the Andrea Doria, a legendary shipwreck sitting on the ocean floor off the coast of Massachusetts.

Titan makes use of the latest advances in carbon-fiber construction as well as high-tech instrumentation, laser-scanning equipment and multibeam sonar for navigation. But it also capitalizes on off-the-shelf technology — such as high-definition video displays, tablet computers and a Playstation video-game controller for steering the vessel.