Given the breadth of data about unequal pay and other obstacles for women in tech, it should come as no surprise that many women believe their companies are not compensating all genders equally. What is noteworthy is that a majority of men participating in a new survey disagree.

The Portland Women in Technology non-profit interviewed 804 individuals working in the Portland tech industry for the State of the Community survey. Of the respondents, 81 percent identified as women, 17 percent as men, and 2 percent did not specify.

While 75 percent of men surveyed believe all genders receive comparable salaries at their companies, just 48 percent of women do.

But those answers are based more on feeling than data. Both men and women agree that their companies lack transparent salary policies. Eighty-seven percent of all respondents said the policies aren’t transparent. 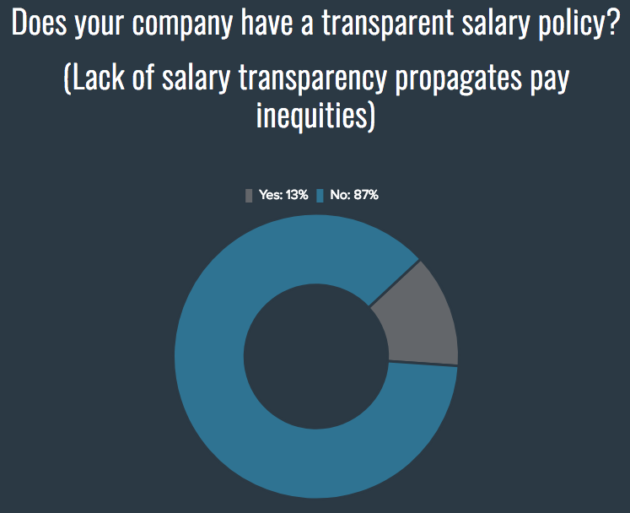 Women are also asked to do housekeeping tasks beyond the scope of their jobs more often than men. Thirty-three percent of women in the survey said they are asked to order lunches and schedule events even though it isn’t part of their jobs, compared with 6 percent of men.

One in six survey respondents said they had experienced harassment in the past year but 63 percent did not report it.

Portland Women in Technology say the study is intended to spark change in the workplace and are providing resources for dealing with harassment on the State of the Community website.