Certain people in my house are big fans of the Lime-E shareable electric bikes as a new option for getting around the neighborhood, so we were excited when we spotted one of the new Lime-S electric scooters making a cameo this weekend at a neighborhood “bike rodeo” safety event for kids.

Shareable electric scooters from LimeBike, Spin and Bird have been deployed in San Francisco and Southern California, to mixed reviews, but they are not yet sanctioned in Seattle. The city is reportedly waiting to consider the issue of permitting for electric-scooter sharing until determining the long-term plan for the related bike-sharing initiatives now operating under a pilot program.

So for us, in terms of local excitement, spotting the Lime-S was almost up there with catching a glimpse of The Wizard going through the Ballard Locks.

LimeBike has been showing off the Lime-S at neighborhood events in Seattle, quietly looking to build support for the program, but the bike-safety event was one of the first times that there was room for actual test rides. After taking the Lime-S for several spins around the Ballard Elks Lodge parking lot, I can confirm that this is an extremely fun way of getting around.

But these scooters also promise to add to the challenges that the bike-sharing programs have created in many of the city’s neighborhoods.

In terms of the actual experience, I found the Lime-S intuitive and easy to ride. It was simple to figure it out and start scooting.

A quick push gets you started, and then the electric motor kicks in, allowing you to use the throttle to control your speed, and a hand brake to stop safely. I saw someone else at the event ride the scooter over the inclined ramps that were set up for bike safety drills, simulating the experience of riding off a curb, and it handled the landing with no problem.

In short, this is a stable and high-quality scooter, and a lot of fun.

There was a minor situation at the event when someone taking a turn on the scooter bumped into someone else on a bike. No one was hurt, and after some warnings to slow down, there were no further incidents. However, it was a good illustration of the potential safety issues. 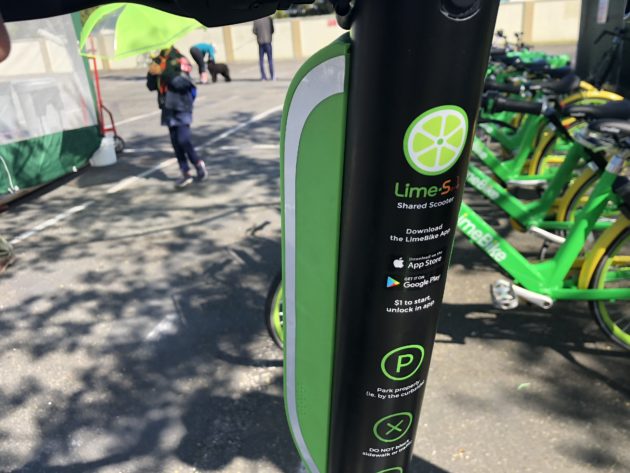 If electric-scooter sharing programs get the go-ahead in Seattle, one issue that needs to be resolved is the question of where these scooters can be ridden. Motorized scooters are currently illegal on city sidewalks, according to the Seattle Times, although the city does allow non-motorized bikes on sidewalks, and a new state law will make accommodations for electric bikes on sidewalks.

Last but not least is the potential for these electric scooters to litter the streets, which is a common complaint about the bike-sharing programs. Seattle has been experimenting with designated parking areas for the shared bikes.

LimeBike tells users to park the scooters “properly” by the curbside, and not to block pedestrian pathways, but that hasn’t stopped scooter sharing programs from causing problems in other cities, with “scenes of scooters strewn across wheelchair ramps and in doorways,” as the New York Times reports. Some cities have responded with cease-and-desist orders for the scooter-sharing companies, amid concerns about the scooters flooding streets in cities around the country. 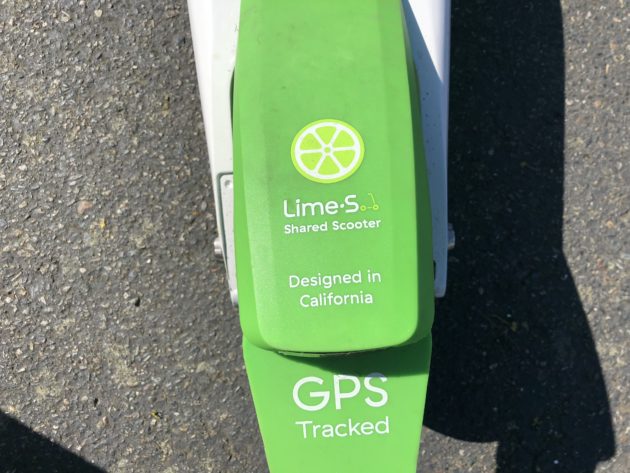 Seattle is not the only potential place for these scooters in the broader region. We’re hearing that LimeBike is exploring the possibility of deploying Lime-S scooters at a large tech campus in the area, so they may become a more common sight around here regardless of what the city does.

In the cities where they’ve rolled out, the Lime-S scooters cost $1 to unlock and 15 cents/minute to ride.

After trying it, I can easily see shared electric scooters being a viable transportation option, perfect for getting quickly around the neighborhood, if the companies and cities can figure out how to make them work for everyone.