Krish Srinivasan, former CFO of Seattle international money transfer startup Remitly, has found his next gig, and it’s in a new realm for the tech veteran.

Srinivasan joined PCC Community Markets, a Seattle grocery collective, as CFO earlier this year. PCC represents a different direction for Srinivasan who spent more than 20 years in tech, with a resume that includes big names like Amazon, Microsoft and Lyft.

Srinivasan was a huge get for Remitly, and his addition in February of 2016 won him the title of Hire of the Year at the 2016 GeekWire Awards. He left the company in June and Remitly’s new CFO is Susanna Morgan, a veteran executive who has worked at Apptio, Concur, Vertafore, Oracle and more.

Srinivasan helped guide Remitly through some of its biggest milestones to date. During his time, Remitly raised several major funding rounds, including a $115 million cash infusion last year. The company also expanded its footprint, bringing its money transferring services to new markets in Europe and Latin America.

Srinivasan’s career includes eight years at Amazon where he was CFO for the company’s divisions in Japan and India. He also spent eight years at Microsoft, and during his time there he served as a senior director of investor relations, general manager for strategy and planning in India and general manager of global partner alliances. He was a vice president of finance at Lyft and an advisory consultant for Seattle-based online pet care marketplace Rover prior to his time at Remitly.

Warnick spent nearly 20 years at Amazon, holding increasingly senior leadership roles in the company’s financial operations. He was most recently the VP of finance and chief of staff to Amazon’s CFO, Brian Olsavsky.

“I’m thrilled to join the amazing team at Robinhood and look forward to advancing our mission to democratize America’s financial system. This is an exciting time for us, and I look forward to accomplishing great things together,” Warnick said in a statement. 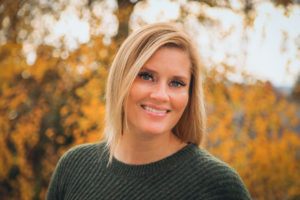 — Online jewelry retailer Blue Nile added former Starbucks executive Alexandra Wheeler as its chief marketing officer. Wheeler was most recently the vice president of global digital marketing and Starbucks Rewards marketing and held a variety of other roles in more than ten years at the company.

“It was clear from my first conversation with Blue Nile that this is a purpose-led company that puts the customer first, which is a strategy that I have always believed in,” Wheeler said in a statement. “As I look at the players within the jewelry industry, Blue Nile has always stood out to me as a brand with a clear vision and the disruptive innovation to lead in this new digital era.”