He joins the company at a very early stage. MDMetrix has just four full-time employees and just finished raising a seed round, which totaled about $758,000. The company spun out of Seattle Children’s Hospital earlier this year.

“I’m excited about MDMetrix for two reasons – its mission and its people,” Ratliff told GeekWire in an email.

MDMetrix was founded by longtime software engineer Matthew Goos and Dr. Dan Low, an anesthesiologist at Seattle Children’s who wanted better visibility into his patients’ data. Low, who had been serving as CEO, will remain at the company as its chief medical officer.

“Over the past 20 years, I’ve worked with a wide range of healthcare software, and I believe that many of those technologies, such as electronic medical records, have helped make healthcare more effective and efficient,” Ratliff said. “But, in all those years, I’ve never had the chance to work on software that frontline clinicians believed would enable them to transform patient care.”

Ratliff was the co-founder of Caradigm, an ambitious health technology venture co-founded by Microsoft and General Electric Healthcare. He served as the company’s chief operating officer until 2016, the same year that Microsoft sold its stake in the company back to GE. Caradigm has since fizzled, eventually being acquired by a Florida-based cancer technology company in July.

Ratliff also spent three years as the general manager and VP of business development for GE’s enterprise healthcare division and has years of other experience in executive roles.

Speaking with MDMetrix clients, Ratliff said, “I found physician users who felt empowered by having visibility into outcomes across patients. Finally, the doctors I met told me, they can look at patient results across their institution to improve treatments and workflows.”

Mitchke spent the past five years leading Amazon’s marketplace business and product teams. He previously spent sixteen years at McKinsey & Company where worked with companies across a variety of industries.

“With the rapid changes in health care and the dental industry, I am eager to work closely with our dentist members and employees to continue to deliver the excellent care patients have come to expect from Delta Dental,” Mitchke said in a statement. “Throughout my career, I have learned to operate and innovate in complex new environments with a variety of stakeholders, always working for mutual wins. I look forward to listening and learning as we work together to shape and improve oral health in Washington and beyond.” 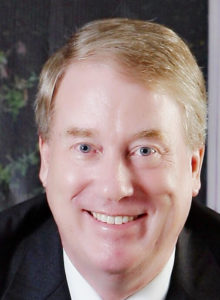 — Cryptocurrency financial services company Coinme hired longtime finance executive Chris Roling as its chief financial officer. Roling has worked as an investor and advisor to a variety of companies in addition to executive stints at Kellog, Getty Images and more.

“Cryptocurrency has the ability to transform the way we conduct business and bring new benefits to both the corporate world and the global mainstream public,” Roling said in a statement. “Coinme is in an ideal position to provide the necessary financial infrastructure to make this a reality, and I look forward to applying my experience to the company’s mission and its continued success.”

Despite recent downturns in some cryptocurrencies, Coinme is growing its crypto financial services operations, namely ATMs, and recently expanded its headquarters in Seattle.

Samuelson will take the stage at the upcoming GeekWire Summit to interview Jessie Woolley-Wilson, the CEO of DreamBox Learning, on October 3.