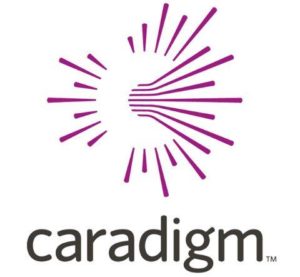 Microsoft is no longer an investor in Bellevue-based healthcare startup Caradigm, selling off its stake this month to General Electric.

Caradigm was initially a 50-50 joint venture of Microsoft and GE, created out of their respective health care technology units in 2011.

But in a press release announcing new Caradigm CEO Neal Singh, the company noted that it is now a wholly-owned affiliate of GE Healthcare.

A Caradigm representative didn’t provide more details as to why Microsoft sold its stake, or why the ownership change wasn’t announced previously.

When the joint-venture launched four years ago, products folded into the new company included Microsoft’s Amalga enterprise healthcare data and intellgence system, along with a variety of technologies from GE Healthcare

Based in downtown Bellevue, a short drive from the Microsoft headquarters in Redmond, Caradigm builds software that gives hospitals, doctors and other health-care providers the ability to access, analyze and act on data. The system works in conjunction with healthcare information exchanges across different medical providers, and helps address broader population health, not just care for specific patients in individual facilities.

Caradigm — a combination of the words “care” and “paradigm” — has more than 200 customers and the company’s products are used in more than 1,500 hospitals around the world.

In 2012, Caradigm said it would have about 750 employees to start. Now there are 400 employees spread across seven offices in Bellevue, Boston, Washington D.C., Salt Lake City, London, Hamburg, and Beijing.

Caradigm this week named Singh as its new CEO, replacing founder Michael Simpson — a former GE Healthcare employee — who stepped down after four years. Singh was previously Caradigm’s CTO and has held an executive role with the company since its inception.

“This is an extraordinary time to be in healthcare and I am thrilled that Caradigm has the ability to innovate — hand-in-hand with our customers — to bring new ideas and solutions to the forefront, as the industry shifts to value-based care,” Singh said in a statement.

Microsoft, meanwhile, is investing in other healthcare-related initiatives like HealthVault and Microsoft Health.