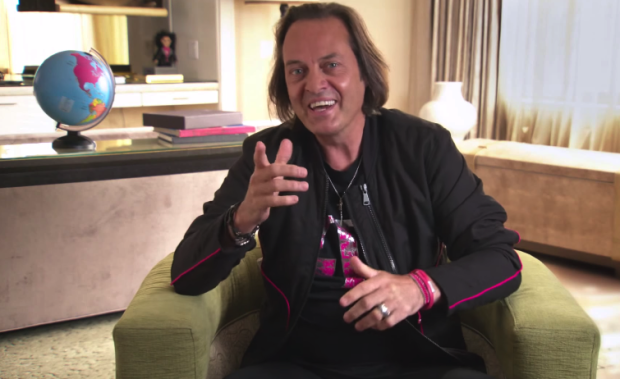 T-Mobile is embarking on a military initiative that the company says includes its biggest hiring push ever, largest discount program yet and a commitment of at least $500 million to outfit bases with 5G-ready infrastructure.

T-Mobile is leveraging the low-band spectrum it spent close to $8 billion on last year to expand 4G LTE capacity and build infrastructure for future 5G capabilities at military bases and the surrounding communities. T-Mobile said it has committed $500 million to this effort for just this year.

T-Mobile committed to hiring 10,000 veterans and military spouses in the next five years, double its previous goal of 5,000 announced in 2016. T-Mobile is teaming up with New York-based FourBlock, a nonprofit that helps veterans transition back to the workforce and thrive, to expand its Career Readiness Program to 20 cities and launch it online.

“At T-Mobile, we don’t just see the uniform … we see the family behind the uniform,” T-Mobile CEO John Legere said in a statement. “I was shocked when I learned that over half of service members experience some unemployment after leaving the military and active-duty spouses have a 4x higher unemployment rate than the national average. Our country can do better! So we’re stepping up with our biggest hiring commitment ever and a new partnership with FourBlock.”

T-Mobile added a new discount program for military families that it calls the best military deal in wireless. T-Mobile is offering 20 percent off the first line, half off for up to the next six lines and half off Samsung Galaxy S9, S9+ or S8 Active phones through the end of May.

As usual, the announcements were laced with shots at Verizon and AT&T, which T-Mobile refers to as the Duopoly. T-Mobile is the nation’s third largest carrier, fighting against the two telecom giants. T-Mobile boasts 19 straight quarters of more than 1 million net customer additions, and last week the company got a jolt on Wall Street talks of a merger with Sprint started up again.

Editor’s Note: This post has been updated to accurately reflect where FourBlock is based.