A startup wants to help basketball players improve their jump shot — with just a smartphone.

Among the flurry of announcements made at its press event on Wednesday, Apple showed off HomeCourt, a new iPhone app that uses augmented reality to track basketball shots. AR tech built into the iPhone — including the new A12 Bionic chip — and artificial intelligence technology developed by HomeCourt maker Nex Team can detect a hoop and basketball to measure kinematics, trajectory, release times, and number of shots made. 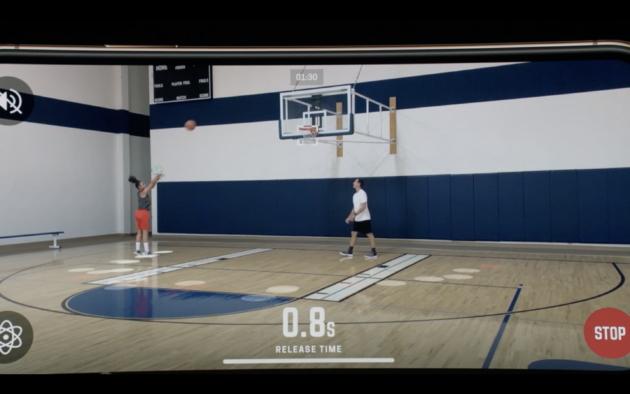 Several college basketball programs are using the app, including Duke, Stanford, Florida, and others.

Last summer Little Rock became the first basketball program on earth to use Augmented Reality for shot-tracking thanks to @HomeCourtai. Today I turned on the #AppleEvent to see them center-stage in Steve Jobs Theater sharing this technology with the rest of the world. pic.twitter.com/G51ZK0uEf5

Apple is investing heavily in augmented reality tech. The company showed off a similar sports-related AR feature last year with an MLB At Bat app that let fans at a baseball game point an iPhone at the live action and see player stats on the screen above the actual players.