LOGAN, Utah — No one has ever built a satellite in space, but thanks in part to a team of students from Idaho, that could soon change.

Other teams are building miniaturized satellites to look for missing sources of mass around our Milky Way galaxy, or find out how much deadly ultraviolet radiation hits alien planets, or zoom past Mars and track a bigger spacecraft as it descends to the Red Planet’s surface.

Those are just a few of the science experiments detailed over the weekend here at the AIAA / Utah State University Conference on Small Satellites, better known as SmallSat.

SmallSat has become more of a big deal, thanks to the growing popularity and capability of pint-sized satellites that measure as little as 4 inches (10 centimeters) on a side. The 10-centimeter CubeSat specifications were established by Cal Poly and Stanford in 1999 to standardize the development of experimental nanosatellites by engineering students.

Back then, SmallSat was a small affair at Utah State, drawing hundreds of attendees in a good year. In contrast, this year’s attendance is expected to break last year’s record-setting turnout of 2,500 students, teachers, researchers and business leaders.

Many of the presentations at this weekend’s workshops had to do with the technical points of nanosatellite design and operation, such as how to shrink an attitude control system into a box only a couple of inches wide. Others looked at lessons learned in a field where more than 20 percent of satellites are “dead on arrival” when they reach orbit.

But a good number of the presentations focused on ambitious scientific applications for CubeSats. Here’s a look at four projects that are under way or being planned:

Students from Northwest Nazarene University in Idaho worked with San Francisco-based Made In Space on a 4-inch-wide satellite that tested how four different types of 3-D printer feedstock did in the vacuum of space. MakerSat-0 was launched last November from California’s Vandenberg Air Force Base as a secondary payload aboard a Delta 4 rocket last November. Despite power-system problems, the satellite returned useful data about the rate of mass loss, which will be factored into follow-up experiments.

The project is meant to pioneer a manufacturing system in which satellite frames could be 3-D printed on the International Space Station, lightweight electronics could be sent up on a cargo ship, and astronauts could put together finished satellites for deployment into orbit. MakerSat-1, the next planned payload, could be “the first satellite ever manufactured in space,” said Northwest Nazarene senior Connor Nogales, one of the project leaders.

Most of the universe is a mystery to us, in the form of dark energy and dark matter. But there seems to be something amiss about “ordinary” matter as well. When observations are matched up with the leading theory about cosmic composition, physicists can’t account for 30 to 40 percent of the universe’s baryonic matter, which comes in the form of such particles as protons and neutrons.

HaloSat, which was deployed into orbit from the space station last month, is equipped with three X-ray detectors to look for what’s expected to be the signature of that missing matter in a hot halo that surrounds our Milky Way galaxy.

“We also want to have a certain understanding in which form this halo is — whether it’s kind of diffuse … or maybe it’s more compact,” said Anna Zajczyk, a member of the HaloSat team at the University of Iowa. The X-ray signature would lend support to the view that hot galactic halos account for most or all of the missing mass. 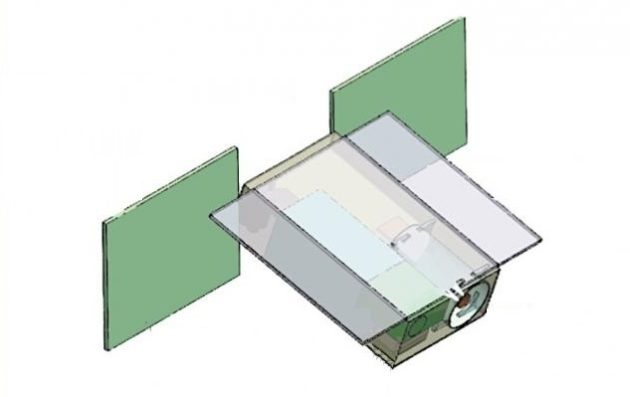 SPARCS will be able to track radiation flares from M-dwarf stars for weeks at a time, providing data that can be used to assess the habitability of any planets orbiting those stars. That’s a biggie, because M-dwarfs are thought to be a fertile field for exoplanets.

Two of the stars of the CubeSat show are MarCO-A and MarCO-B, also known as EVE and WALL-E, which are flying toward a November rendezvous with Mars in company with NASA’s InSight lander. MarCO is short for Mars Cube One, and the $18.5 million piggyback mission is meant to test its CubeSat-sized communications system and thruster system. As they fly past Mars, the MarCO satellites will send progress reports about InSight’s entry, descent and landing.

JPL’s Anne Marinan, a member of the MarCO team, said the satellites are performing well halfway through their 6.5-month cruise to Mars. No uncommanded data resets have occurred, and the mission team has been able to cope with the effects of a leaky thruster valve on MarCO-B. “To date, we’ve downlinked hundreds of megabytes of data from the spacecraft, and that number gets higher and higher every day,” Marinan said.

NASA’s first interplanetary CubeSat mission is currently due to end after November’s flyby, but Marinan said she and her colleagues are hoping for an extension. “Budget and personnel and interest,” she said. “If those all align, then we would definitely love to keep flying the MarCO mission as long as possible, to gather more data and see when they fail and what causes it.”

Stay tuned for further reports from GeekWire as the SmallSat Conference continues in Logan, Utah.