This was no ordinary tech demo. I strapped on a headset, grabbed two controllers, and entered a giant new world where BigBox VR CEO Chia Chin Lee appeared alongside me atop a building, eager to show off his company’s newest creation, Population: One.

For the next half hour, I was engrossed in a unique virtual reality experience, duking it out with teammates in a battle royale-style multiplayer game that involved using my arms and hands to climb up just about anything, shoot at the opposing squad — and yes, fly above it all.

As I took off the headset and wiped the beads of sweat off my forehead, it became easier to understand why top investors are betting on this young Seattle startup.

Founded in 2016 by former Valve, Disney, and Sony leaders and staffed with graduates from the highly-regarded DigiPen Institute of Technology, the new startup has a big vision to build online virtual reality games and the ecosystems that support them.

Lee has seen how online games have evolved with various platforms, from PC to console to mobile.

“For us, VR is another giant opportunity,” he told GeekWire. “There will be a dominant online game company, and we built [BigBox VR] aiming for that.”

BigBox’s first title, Smashbox Arena, is a team-based action VR game described as a “Counter-Strike meets Mario Kart” experience. That served as a test of sorts to see how online multiplayer would work in virtual reality.

In a couple years, I think we’ll be talking about BigBox as the next billion-dollar Seattle-based gaming juggernaut.

Population: One borrows mechanics from popular battle royale games such as Fortnite or PlayerUnknown’s Battlegrounds that have been immensely popular among PC and console gamers over the past few years.

But it sets itself apart with features unique to VR, allowing gamers to climb, fly, and shoot as if they were actually doing so in real life without discomfort some may have felt with earlier versions of VR technology. BigBox calls this “FreeMotion,” which it developed after researching player comfort in virtual reality.

The result is a gaming experience unlike any I’ve had and one that has some investors bullish about the company’s future.

“Seattle is home to many of the best gaming companies in the world,” said Greg Gottesman, managing director at Seattle-based PSL Ventures. “In a couple years, I think we’ll be talking about BigBox as the next billion-dollar Seattle-based gaming juggernaut.”

For that to happen, BigBox will need more VR adoption among mainstream consumers. Headset shipments haven’t increased as some predicted and dropped 33 percent in the second quarter of 2018, according to data from IDC. Most early use cases are either training related or with location-based entertainment — for example, you probably don’t know many people who have a headset at home.

“In a market where mainstream VR content is still lacking, a growing number of vendors are looking to commercial as a way to build their business while they wait for the consumers to catch up,” Tom Mainelli, program vice president, Devices and Augmented and Virtual Reality at IDC, said in a statement.

But funding is still pouring into VR and AR startups, reaching an all-time high in deals (281) and dollars ($2.3 billion) last year, according to CBInsights.

And with the cost of headsets continuing to decline and new devices such as the Oculus Quest set to debut, Brown said he sees a “giant inflection point coming.”

“We’re at the tip of the spear in terms of the technology transformation,” said Brown, who serves as CTO.

Lee admitted that it’s unclear when adoption will increase. But he said games is often what drives the creation of a consumer market, citing platforms such as Facebook or the PC and iPhone.

Added Lee: “We need to lead the industry with awesome content. That really hasn’t been done correctly yet. And that’s why we are here.” 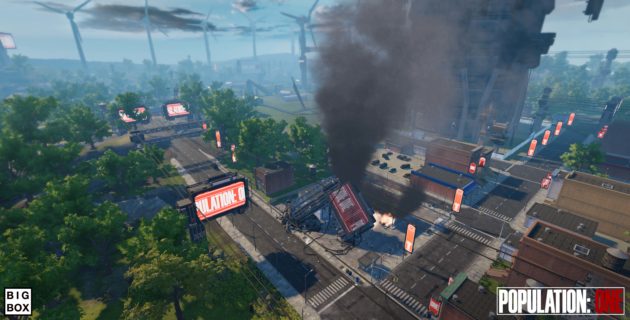 BigBox hopes to differentiate itself by developing VR-native games, rather than trying to port a PC or console experience into this new form factor.

Lee cited companies such as Supercell, developer of Clash of Clans and Clash Royale that focused on building mobile games just as smartphone adoption began to pick up.

BigBox hopes to build esports and streaming elements into Population: One, which is set to debut next year and works across different headsets such as HTC Vive, Oculus Rift, and Windows VR. It plans to make money using a combination of single unit sales and offering follow-on services. The company has less than 10 employees and expects to stay lean, using the fresh cash to iterate its games. Total funding to date is $6.4 million.

“It was an easy choice to back the BigBox VR team, who have a history of success in key technology platform shifts,” Jacob Mullins, partner at Shasta Ventures, said in a statement. “They are taking a true, native VR approach to product and user interaction for their upcoming game, Population: One, which epitomizes the future of social engagement in virtual digital worlds. More than just a game in the broadest sense, it can evolve into a community that exists beyond the game environment.”

BigBox is among a large group of virtual and augmented reality companies in the Seattle area, which has become a hub for the emerging technology. Other startups include Pluto VR; Pixvana; HaptX; VRStudios; VREAL, Endeavor One; Nullspace VR; Against Gravity; Visual Vocal; and several others. Those are in addition to larger companies like Microsoft, Valve, HTC, and Oculus that also are developing virtual and augmented reality technologies in the region.